You and Me and Her

Make the player love her.

Miyuki Sone is the main antagonist of the 2013 visual novel You and Me and Her.

She was the childhood friend of the player character Shinichi and is apart of the School Drama Club. Described as beautiful, athletic, and without any seeming imperfections, she has her own route with Shinichi and falls in love with Shinichi. Unfortunately, Shinichi then goes down Aoi's route.

When he is alone with Aoi, Miyuki arrives with blood stained on her cheek and a bloodied metal bat. Revealing that she had killed a cat named Eru, she then demonstrates it by then bludgeoning Aoi with it, splitting her head open before pelting the lifeless corpse with more blows of the bat. Shinichi tries to intervene only for his limbs to get broken by Miyuki.

Shinichi, bewildered, asks Miyuki why she was doing all this. She then reveals that she is fully aware that she lived in a visual novel and that she was truly angered at the player themselves, accusing them of deluding her into thinking they loved her only to then go down an alternate route. She admits that she does not resent Shinichi, but regardless she uses him as an outlet for her rage.

Staring at the player, she asks them if they truly loved her. Regardless of the answer, Miyuki directs the metal bat towards Shinichi's groin and kills him with one final blow.

Afterwards, she calls "God" asking him to reset the game but also additionally assures that the player cannot go down Aoi's route again. This action, however, makes the game incapable of being restarted or reprogrammed. 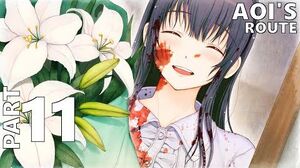 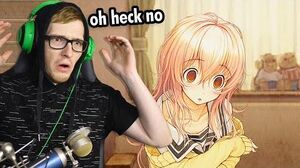 Something is VERY wrong with this game 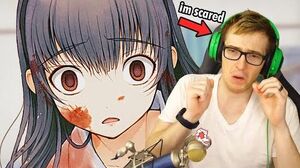 They Said this was like Doki Doki, Now i know why 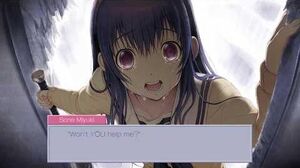 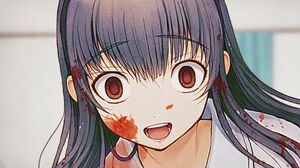 YOU and ME and HER A Love Story (Kimi to Kanojo to Kanojo no koi) ver1.00 Yandere Miyuki Scene
Add a photo to this gallery
Retrieved from "https://villains.fandom.com/wiki/Miyuki_Sone?oldid=4215574"
Community content is available under CC-BY-SA unless otherwise noted.