No information
The Orchid Undead, known as Miyuki Yoshinaga for her human disguise, is a villain in Kamen Rider Blade. She is classified in the series as the Category Queen of Hearts Undead.

A cunning Undead, using others to get what she wants. She can summon vines to bind victims and fire a mist from the face on the back of her head. Kotaro Shirai, who has a crush on her, continues to befriend her despite what she has done to him and rescues her from Hajime Aikawa. This resulted with her unable to cope with human emotion as Chalice seals her before she kills Kotaro.

The Orchid Undead is one of many Undead who appear in the Kamen Rider Blade video game. 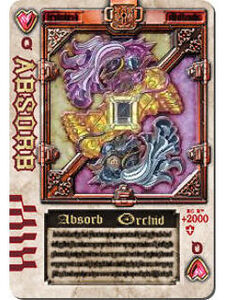 Orchid Undead Rouze Card
Add a photo to this gallery
Retrieved from "https://villains.fandom.com/wiki/Miyuki_Yoshinaga?oldid=3939095"
Community content is available under CC-BY-SA unless otherwise noted.