Mizar, known as Mizael in the Japanese version, is a Barian Emperor appearing in the Yu-Gi-Oh! ZEXAL anime who is working to gather the "Numbers" to save the Barian World. He was eventually defeated in a Duel and his soul was absorbed by Don Thousand. After Yuma Tsukumo's and Astral's final Duel, Mizar was revived by the power of the Numeron Code.

He was voiced by famous voice actor Billy Bob Thompson.

In his past he was a Dragon Tamer during that time he betrayed Jinlon and he also encountered Don Thousand in the form of a wandering shaman who gave him the Over-Hundred Number Number 107: Galaxy-Eyes Tachyon Dragon which allowed him to be reincarnated in Barian World instead of Astral World.

Like his fellow Emperors he wants to collect Number cards and use their power to destroy Astral World and ensure Barian World's safety.

The two have a powerful rivalry due to them both being owners of a Galaxy-Eyes which drives to him to prove which one of them is the true Galaxy-Eyes master, but after being revived prior to Astral's Duel with Yuma they became close aliies during the new crisis threatening Astral World.

Mizar is stopped from attacking Vector. 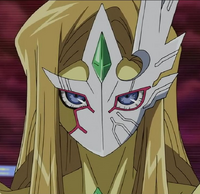 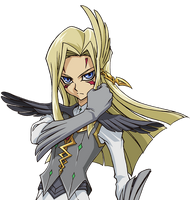 Mizar in his human form

Rank-Up Magic The Seventh One

Retrieved from "https://villains.fandom.com/wiki/Mizar_(Yu-Gi-Oh_ZEXAL)?oldid=2975530"
Community content is available under CC-BY-SA unless otherwise noted.