Reading.
Spending time with her friends.

Mizore Shirayuki is one of the main protagonists in Rosario+Vampire.

She was voiced by Rie Kugimiya in Japanese and Tia Ballard in English.

When Mizore was first introduced, she was portrayed as a lonely, depressed and misunderstood girl. In the first semester, she confessed her love to Tsukune Aono, who denied her saying he wasn't lonely like her. The gym teacher began to take advantage of her while she hid crying in the bushes, leading Mizore to freeze him.

With the incident and rumors spreading about her. But after meeting Tsukune Aono and becoming friends with everyone after a short bout between her and vampire Moka Akashiya, she is shown to be a reserved girl with little emotions, which she only expresses when having moments with Tsukune.

Even though Mizore is mainly good, In her first appearance she tried to kill Outer Moka with her lookalike clone just so she can have Tsukune for herself, indicating that she and Tsukune are both "miserably lonely". Until Kurumu came in to save Moka by smashing Mizore in the head with a cake. 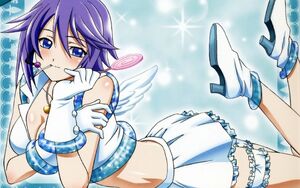 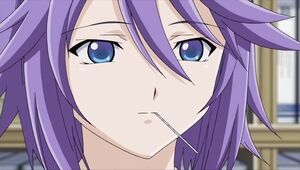 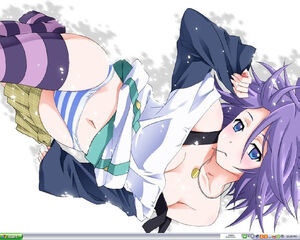