Ruler of the Castle of Illusion

Steal Minnie Mouse's youth in order to remain young and beautiful forever (failed).
Get out of Wasteland (Epic Mickey: Power of Illusion; failed).

She is voiced by Nika Futterman.

Mizrabel, jealous of Minnie Mouse's beauty, abducts Minnie to restore her youthful form and wilt Minnie into a hideous crone. Mickey ventures into the Castle of Illusion and fights his way through, eventually confronting Mizrabel herself. Though Mizrabel regains her youth and battles the determined mouse, Mickey is able to triumph. Upon her defeat, Mizrabel redeems herself and helps Mickey and Minnie escape. In the remake, it is explained that she had learned that Mickey had a stronger magic: the magic of love.

In this game, Mizrabel primarily uses the appearance of Maleficent, complete with assuming Maleficent's dragon form for the final battle, though she is seen taking on the forms of various Disney villains before settling on Maleficent's form.

Mizrabel's shapeshifting powers are very strong and powerful, being able to turn her into almost anything. She can also assume the appearances of various Disney villains, mostly Maleficent. Also, her dark magic allows her to fly, create curses, illusions and summon and control ghosts. 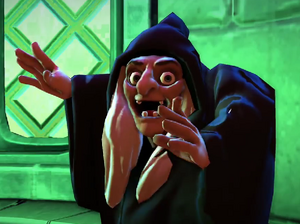 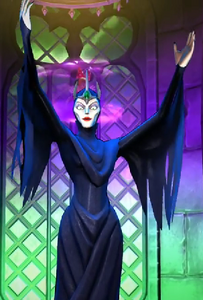 Mizrabel's second form in the Castle of Illusion remake. 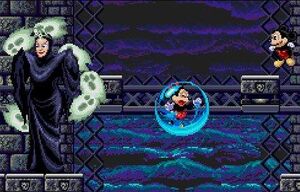 Mickey Mouse fights Mizrabel in the original Castle of Illusion. 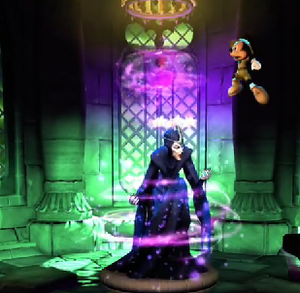 Mickey attacking Mizrabel in the Castle of Illusion remake. 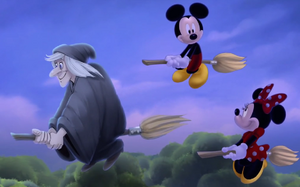 Mizrabel (in her true form) repenting on what she did and redeems herself by saving Mickey and Minnie in the Castle of Illusion remake. 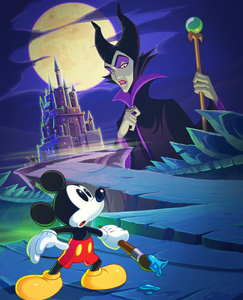 Mizrabel disguised as Maleficent in Epic Mickey: Power of Illusion 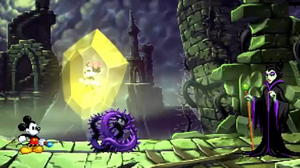 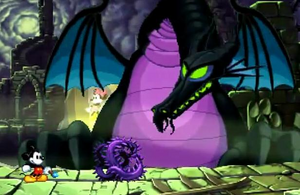 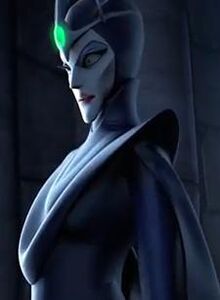 Mizrabel
Add a photo to this gallery

Retrieved from "https://villains.fandom.com/wiki/Mizrabel?oldid=3897080"
Community content is available under CC-BY-SA unless otherwise noted.