Ability to cause trouble

Turn Tash into a monster to become part of her army (both failed).
Steal electricity from humans and start the Night of the Zomboyz (temporarily succeeded).
Get revenge on humankind for making monsters hide.
Take over the entire human world (failed).

Teenage Zombie
Moanica D'Kay is the main antagonist of the Monster High franchise, following its reboot in the film Welcome to Monster High.

She was voiced by Cristina Milizia in English, María Alcázar in Mexican Spanish, and Mariana Martí in Argentinan Spanish.

Moanica lives in a cemetary with her family. She hate normies (humans) since she and other monsters have been forced to hide in the shadows for centuries. She has a group of zomboy minions. Unlike the other monsters, she doesn't see the equality between them and the normies, so she wants to destroy all of the normies and take everything. After she was defeated by the ghouls, she promised that she will take her revenge and someday put an end to Monster High.

In Monster High: Electrified, when Clawdeen decides to open her beauty salon, during a humanology class Moanica learns that all normies are afraid of the dark, so her and her zomboys decide again to create chaos. Again, the ghouls find a way to stop with the help of an electric monster named Znap. 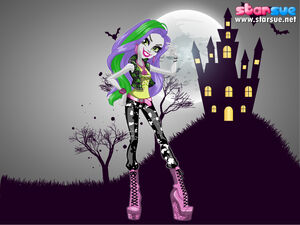 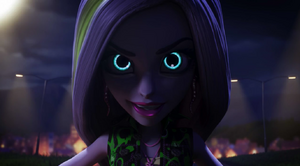 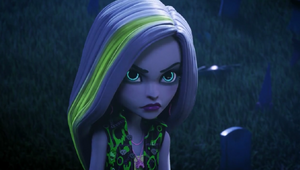 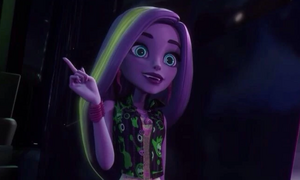 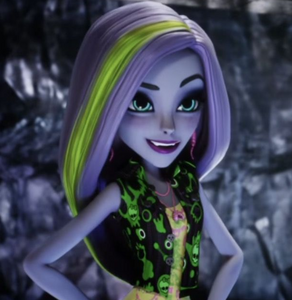 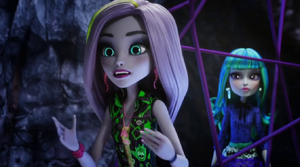 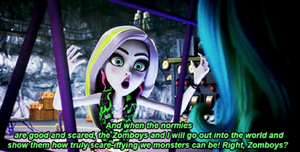 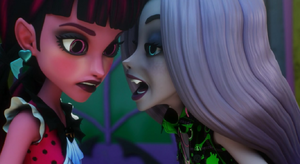 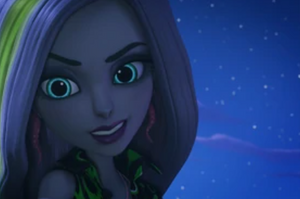 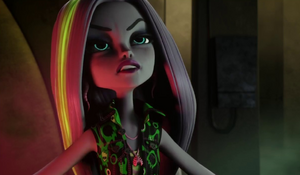 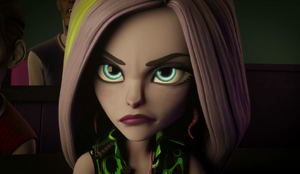 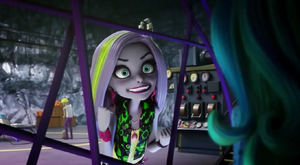 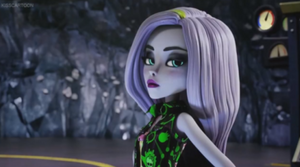 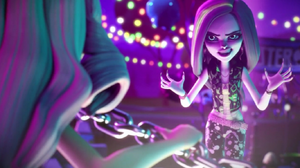 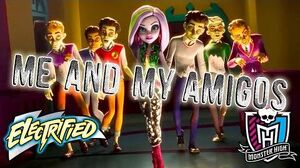 Retrieved from "https://villains.fandom.com/wiki/Moanica_D%27Kay?oldid=4147472"
Community content is available under CC-BY-SA unless otherwise noted.