The Modified Porderman are Pordermen with Gangler Safes for heads along with enlarged left hands and it is the main antagonist in episode 29 and 46 and a minor antagonist for episode 31 of 2018 TV series called Kaitou Sentai Lupinranger VS Keisatsu Sentai Patranger. Also they are equipped these treasures from the Lupin Collection and they are a camera called La mémoire a T-Rex head fossil called Prends-le dessus and a chess piece called Attrapé dans le jeu.

Modified Porderman's head is a Gangler safe, its blue shirt is a caveman styled shirt with a red tie, its small right glove is red and its giant red left glove is a claw, its boots are blue, its overall appearance of that of a street thug.

The first Modified Porderman made its first appearance standing right next to Goche Ru Medou where they witness the battle between the police and Pordermen. However Goche used Keichiro as a test subject for one of her experiments where it used the treasure's ability converting Keichiro's memories into photos. Once the experiment was a success both it and Goche left the area.

A while later it appeared along with a couple of Pordermen and it was about use its ability on a civilian however it was stopped by an amnesiac Keichiro. However due to the arrival of the thieves causing Keichiro to remember everything up to this point transferring every photo memories back into his head. However this scenario caused Patren1gou to equipped with a Trigger Machine Crane, so the thieves quickly gained access to its safe (which his password is 1-0-8) and got La mémoire (which translate as "Memory") camera once that was done the Modified Porderman is then destroyed by this finisher called Strong Eradication Breaker.

The second Modified Porderman made its second appearance already a giant was battling with Lupin Kaiser and inside the cockpit of this megazord shows Lupin Blue holding one of its treasure that looks like a fossil of a T-Rex head called Prends-le dessus (which translate as "Take it on") after that it was then destroyed by the same bot.

The Red Modified Porderman (voiced by Takashi Satō) made his first appearance at a shrine with a couple of Pordermen terrorizing the citizens and his aim is to become the successor of Dogranio Yaboon, but he was then attacked by thieves that were visiting the shrine. However before the thieves get the chance to transformed and battle the Red Modified Porderman he used the treasure's ability sending the group into a magical game.

Speaking of which he'd to appeared in the same magical game where it was the host and the thieves are the contestants and he challenges them to five events and if they succeeds they'll leave the game however if they don't then they'll be trapped in the magical game forever, but when Kairi is about to gain access to its safe turns out Red Modified Porderman is a hologram in the game area. So with that said the game commence.

The second challenge was "Admit something you recently painful" which they succeeded when they remember the time that they battle Destra Majjo.

The third challenge is to demonstrate a hidden talent and to do so they have to use the props to find their hidden talent which they succeeded when Umika used her talents to cross-dressed the boys and Good Striker into girls.

Back outside the Red Modified Porderman appeared at the shrine with the Pordermen and the treasure that he stole, however unknown to him one of the treasure is a sentient being and when he says that he has to do a special pose that'll cause anything or anyone to be sent in or out of the game.

So thanks to Goodie he caused the Red Modified Porderman to do a pose causing him to bring the thieves out of the game. After that they manage to grab their loot back, knock out the Pordermen and gained access to his safe (which his password is 3-1-3) and got Attrapé dans le jeu (which translate as "Caught in the game") chess piece after that he was then destroyed by Super Lupin X. 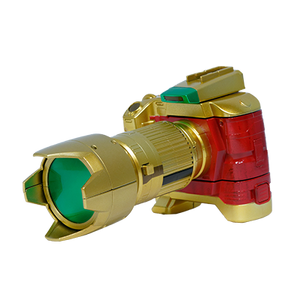 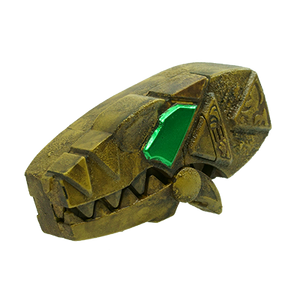 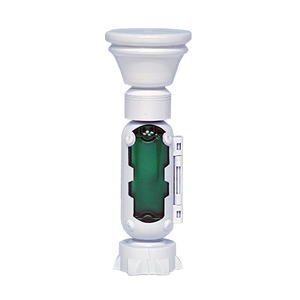