Molecule Man is a supervillain from Marvel comics who, as his name implies, has the startling talent of being able to control reality on a subatomic level. Making him one of the most powerful beings in the universe if he put his mind to it. He is the secondary antagonist of Secret Wars

He uses his powers to cheat death whenever it is destroyed. Despite wielding godlike powers he is a very insecure individual and originally he subconsciously limited himself to non organic molecules. He was in a relationship with a super villainess named Volcana. The Molecule Man can take control of other bodies. The wand passed through the hands of a succession of holders until Reece’s mind recreated his mutated body and transferred his powers into the body. He threatened to destroy the world, but give himself up and seek psychiatric help.

Molecule Man has also been a reluctant hero at times so his moral standing could be seen as "grey" rather than purely evil/criminal - though he tended to be more of a villain in his earlier appearances. Molecule Man was powerful enough to once move an entire mountain (which was said to be thousands of tons) which he tried to use to crush the Avengers. Hulk managed to hold this mountain up however (which has been seen as one of Hulk's greatest shows of strength).

Some versions of Molecule Man have been seen as so vast that they are equal to the Beyonder, who is often seen as a Supreme Being (alongside the Beyonder's race - who surpass all other cosmic hierarchies in Marvel, with very few exceptions): even Galactus has stated that the Molecule Man can erase him "with a thought". 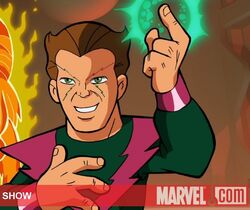 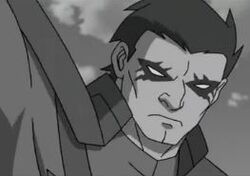