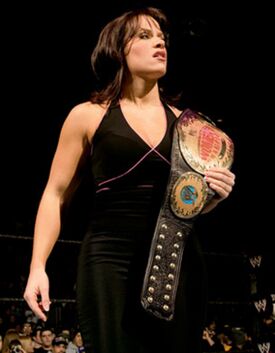 Molly Holly is a retired professional wrestler known for her time in WCW and WWF/E. She is one of only four women to hold the Hardcore Championship and she would go to hold the WWE Women's Championship on two occasions. Though she once portrayed a superheroic sidekick to The Hurricane, Molly is best known for her runs as a villainess.

As the villainous Miss Madness, Molly was part of Randy Savage's faction, Team Madness, which also included Madusa. Her heel role in WCW was short lived when Savage turned against Miss Madness and Madusa.

Molly joined the then-named World Wrestling Federation in 2000 and would become The Hurricane's sidekick, Mighty Molly, a year later. In perhaps her most memorable moment, Molly betrayed The Hurricane at WrestleMania X8 and struck him with a frying pan to capture the Hardcore Championship, beginning a villainous turn for Molly. A grudge match between the two days later was interrupted by Brock Lesnar.

Molly fully became a villainess when she attacked Trish Stratus after her match against Terri. She later went from blonde to brunette and became a self-righteous prude who abhorred the "loose morals" of Trish, though Molly herself resorted to sinister methods en route to her first Women's Championship when she cheated to defeat Trish at King of the Ring in 2002. On July 28, 2003, the evil Molly defeated newcomer Gail Kim to win her second Women's Championship. Gail turned into a villainess a week after losing the title, and on the week after that, Molly formed an alliance with the villainous Gail in order to take down Trish once and for all. The feud between the duo and the pair of Trish and Lita lasted several months and was very one-sided, with Molly and Gail always on the losing end.

Molly lost the Women's Championship in February 2004 to Victoria, and that led to an angry Molly demanding a rematch; guaranteeing that she win regain the title. The match was made and it would take place at WrestleMania XX, with the stipulation that if Molly lost, she would have her head shaved. At the event, Molly was defeated by Victoria, and she had her head shaved in another one of her most memorable moments. After WMXX, Molly constantly hid her bald head by wearing various wigs, which were always snatched off. WMXX also saw Trish turn into a villainess, and Molly would be reduced to being a minor heel, a role she played until she left WWE in 2005.

As a villainess, Molly was vicious in the ring, and she had an inflated ego. She was also very hypocritical and self-serving, with evidence of the latter trait shown when she turned against The Hurricane. 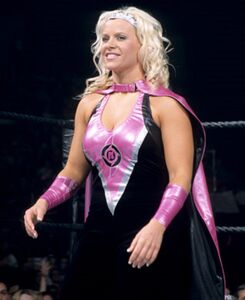 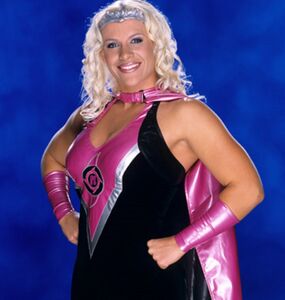 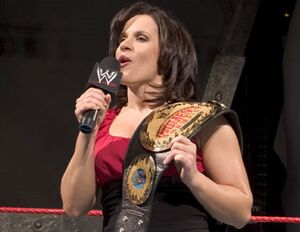 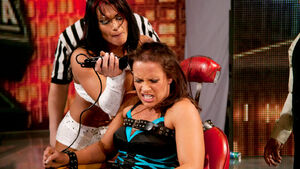 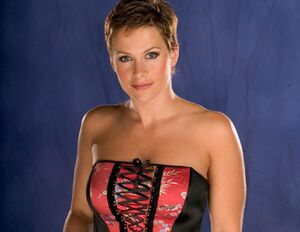 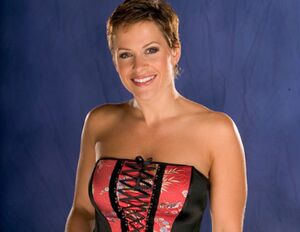 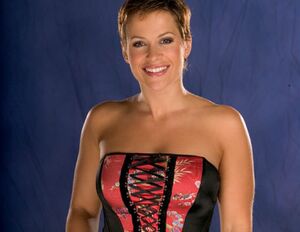 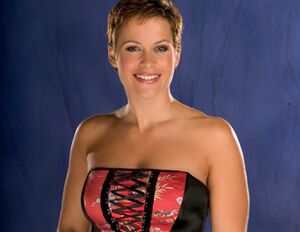 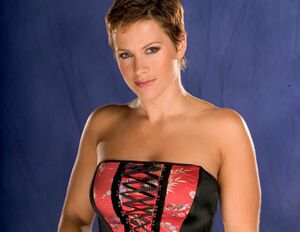 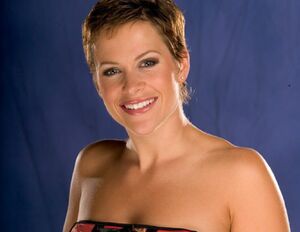 Add a photo to this gallery
Retrieved from "https://villains.fandom.com/wiki/Molly_Holly?oldid=2895648"
Community content is available under CC-BY-SA unless otherwise noted.