Kill everyone and destroy everything in its path (partially succeeded)

Sentient Lava Monster
Molten Man-Thing is a minor Marvel Comics villain. He was made by Jack Kirby.

Not to be confused with Molten Man.

While Frank Harper is on vacation on the fictional island of Napuka, a nearby volcano erupts and awakens a creations of the Deviants, Molten Man-Thing.

Appearing as giant bipedal mass of lava, Molten Man-Thing sat out to destroy the island and it's inhabitants, then the world.

Frank Harper manages to lead the dull creature onto an airbase and into a wind tunnel, where the powerful winds scare Molten Man-thing back into the volcano. 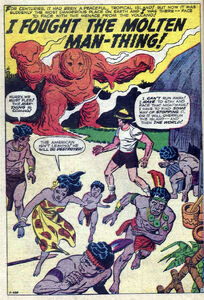 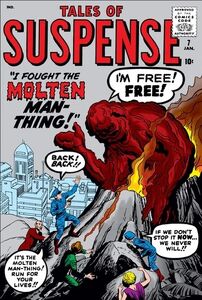 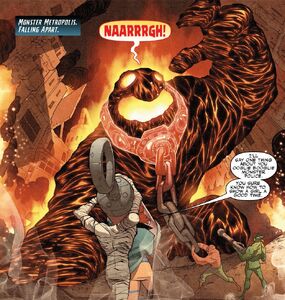