Playing games with her prey.

Kill and devour the unnamed protagonist as revenge for experimenting on her and the children.

Escape the Prototype and its assimilation (both failed).

Experiment-1222 (real name Marie Payne), most commonly known as Mommy Long Legs, is a major antagonist in the 2021 horror video game Poppy Playtime, serving as the main antagonist of Chapter 2: Fly in a Web. She is a pink spider-like toy created by Playtime Co. in 1991. One of her most notable features are her limbs, which are extremely elastic and bendable.

She was voiced by Elsie Lovelock, who also voiced Charlie Morningstar's singing voice in the Hazbin Hotel pilot and Uzi in Murder Drones.

According to a secret note, Mommy Long Legs was the result of an experiment on a woman named Marie Payne, who was brutally tortured and experimented on, presumably by the scientist in the black tape. It is written that she shows hatred and hostility towards the staff for experimenting on her but acts nicely to the other experiments and children.

When the player first meets Poppy in the hallway, Mommy's stretchy hand emerges from a hole, grabs Poppy, and pulls her down the hole. The Player first meets Mommy Long Legs before entering the game station where she is holding Poppy hostage. She informs the player that instead of just giving the player the train code as Poppy wanted to do, they will have to play one of her games for the code. She then leaves after threatening to tear the player limb-from-limb and eat their organs alive should they break the rules. She will then appear in the room where the player plays Musical Memory.

Before the game starts, she wonders how excited Bunzo Bunny is to play, as well as eat, since nobody has played in such a long time. After the game, she gives up part of the train code, but decides to continue playing with the player. When the player leaves, thrashing noises and cymbals are heard, and in the game station, Bunzo's corpse can found hung to the ceiling via spider webs, implying that Mommy killed him as punishment for failing to kill the player.

Before the Whack-A-Wuggy game, she says that the Huggies used to have strings attached to them so they could be pulled back if they got too close to the children. After winning the game, she gives up another part of the code for the train. Similar to Bunzo, thrashing noises are heard when exiting the game, and later, several Huggies are found hung to the ceiling via the same webs.

In the third game, Statues, Mommy explains that the children used to call her "Mommy," as they shared a close bond with her. She knows that the player is an ex-employee and says that they deserve to be trapped in the factory for their role in experimenting on the children. Her final challenge to the protagonist is a chase against PJ Pug-A-Pillar. During the chase, the protagonist finds that the exit has been blocked by rubble. He or she then escapes into an employee observatory. This escape infuriates Mommy, who accuses them of cheating. Tracking the protagonist down in the service tunnels, she announces that they will then play one final "game" of Hide and Seek. After evading her, the player finally lures her into an industrial grinder and activates it, crushing half her body and killing her. Her remains are then dragged under a barred-up door by a hand.

Mommy Long Legs is shown in the game to be the second most enormous creature (at least thus far). Mommy is a pink spider-like toy designed to be wearing a one-piece magenta dress and a blue beaded necklace. While the bottom part would normally be the spider's abdomen, it is instead represented as Mommy's waist, while her actual stomach right above is long and skinny. She has green eyes, long arms, and long legs. She wears pink shoes and a band around her hair. Her hair is magenta, and she has pink lipstick on her mouth. She can hang like a spider, and she is about two feet tall. The revelation of her skin in the spinning gears when she dies, as well as the saliva in her mouth whenever she kills and consumes the player, heavily hint at her being organic.

When agitated, like Huggy Wuggy, Mommy's appearance changes into something much scarier. Her fingers begin to elongate like her limbs, her eyes widen and pupils dilate to the point where it's almost entirely black, and her string-like hair becomes sporadic and bends at various points.

Mommy is shown to be "happy" when encountering the player in the game, as she expresses, "A new playmate! It's been so long!", while keeping a creepy, somewhat vicious expression on her face.

She is also shown to be quite deceptive, as despite her continuously reassuring that she would let the player leave the factory if they played her games, it is heavily implied that she wouldn't hold up her end of the bargain and instead kill them.

While she stated that she doesn't like cheaters, she ironically rigged all the games from the start by making most of them virtually impossible to win, making her somewhat hypocritical. The examples are down below:

Though sadistic towards the employees for experimenting on her, she is mentioned to be kind towards children. This is likely because she knows that they are innocent, they treat her very well, and that they are in no way responsible for her condition or situation. Although she is also sympathetic towards her fellow experiments (likely because she knows that they are in the same boat that she is), she is not above killing them if they fail her, such as when she kills Bunzo and the Mini Huggies offscreen for failing to kill the player.

Despite her brutal and murderous nature, she is not completely fearless, such as when she screams in terror as her body is crushed in a grinder in her final moments. It is known that she fears one particular experiment, due to him being one of the most dangerous experiments (if not the most dangerous experiment) ever created in the factory, confirmed when she yells at the player that he will make her body a part of his should she die. Her fear somehow comes true when a hand (presumably his hand) drags her remains away. 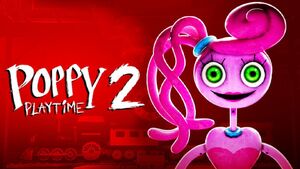 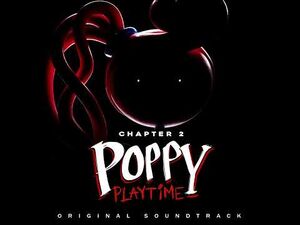