In 2019, a famous American actress widely known as Kim Kardashian, shared on her Instagram profile a post created by another woman, which warns the parents about the Momo challenge, because Momo started appearing in various YouTube videos and cartoons. A 5-year-old boy called the police because of Momo. The boy was watching a cartoon, and the video cut to a photograph of Momo, threatening the boy that she is going to kill him.

Another video showed Momo's face with a hypnotic spiral in the background. In the video, Momo told the viewer ("kids" as she refered to them as) to grab a sharp tool from either their dad's garage or to get a knife from their mom's kitchen. She then instructed the viewer to cut their wrists with the sharp tool, and to not stop until they see a lot of blood coming out. She then threatened the viewer that if they didn't do this, she would find them in their sleep.

On July 22, 2018, another user by the name RecordGuy626 uploaded on GameJolt a game named Momo Chatline. In the game, the player chats with Momo, and Momo sends very scary graphical images to the player. If the player quits the chatroom, the player gets jumpscared. The game is supposed to be a remake of the original urban legend. 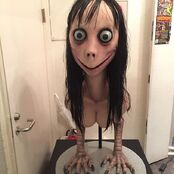 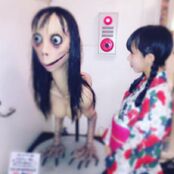 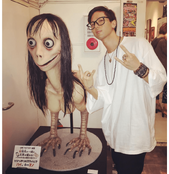 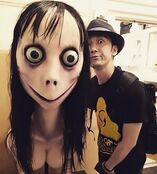 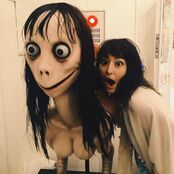 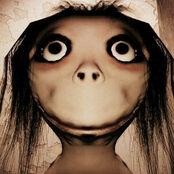 Momo in the Momo videogame. 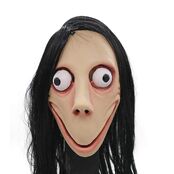 A mask of Momo made by Keisuke Aiso 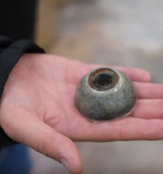 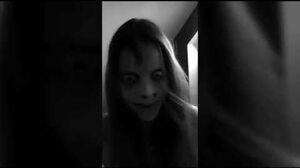 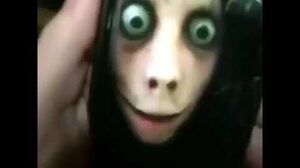 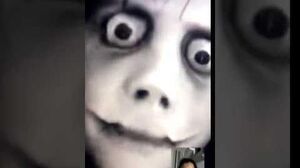 Retrieved from "https://villains.fandom.com/wiki/Momo?oldid=3087333"
Community content is available under CC-BY-SA unless otherwise noted.