Murderous Misanthrope
Momose, also known as Tiger Orphnoch, is a minor antagonist in Kamen Rider Decade, serving as the main antagonist in the World of Faiz Arc and the Lucky Clover's leader there.

He was portrayed by Ryosuke Miura, who had previously portrayed the Beetle Sazer/Kane Lucano in Chousei Kantai Sazer-X and would later play Shingo Izumi and the human form of Ankh in Kamen Rider OOO.

In the World of Faiz, the story took place in a school known as Smart Brain High School, where the students were attacked by Orphnochs that invaded the school in the night. Momose, as the leader of the Lucky Clover in the World of Faiz, is a talented student there, but with a horrible personality as well as sociopathy to begin with.

In truth, the student organization known as Lucky Clover is a team composed by Orphnochs, just like its main universe's counterpart. As its leader, Momose showed a horrible extent of misanthropy and was the mastermind behind Orphnochs' attack upon other students and staff members in the school alike, including breaking the arm of a security guards.

After the appearance of Kamen Rider Faiz in the World of Faiz, who began to protect students from harm's way, Momose started to hunt down Faiz in order to stop him. However, as they began to take motions, the Lucky Clover members were soon encountered by Tsukasa, who had just arrived in this A.R. World and tried to find out who Faiz was.

After Decade had retreated, Momose and his team began to target on Yuri Tomoda and Takumi Ogami, believing the former was Faiz, whilst in fact Takumi was Faiz for real. Takumi then transformed into Faiz and fought the Lucky Clover, and was soon aided by Tsukasa as Decade.

However, Takumi was still defeated. His Faiz Belt was taken by Daiki Kaito, who revealed that he had manipulated the Lucky Clover into fighting Faiz so that Kaito could get the Faiz Belt for himself, and destroying the Cetipede Orphnoch in the process. Tsukasa and Kaito then clashed over the Faiz Belt, whilst Momose seized the chance and attack Yuri.

Momose's action forced Takumi to transform into his Wolf Orphnoch form and protected Yuri from harm. The revelation had made Momose shocked and enraged, calling Takumi a traitor to be a Orphnoch that protected human beings. He was then forced to run away and began to plan his next move.

The next day, seizing the chance where Takumi fell depressed and Tsukasa went missing for a while (because of him fighting Kaito, salvaging the Faiz Belt that was dumped by Takumi, and nearly being trapped in the Mirror World by Narutaki), Momose and his followers revealed their true colors to the entire school. They started a massacre in Lucky Brain High School and began hunting down and killing humans, in order to spite Takumi for "betraying" the Orphnoch race.

After that, Momose gather the survivors into a circle, planning to kill them one by one and believing it would be a fortune for them if any of them had transformed into a new Orphnoch in process. However, Takumi soon arrived and fought them in his Wolf Orphnoch form, all the while he tried to protect Yuri's camera, and he was later aided by an escaped Tsukasa, but neither of them be the match to the Orphnochs.

In the end, the duo were assisted by Kaito, who had changed his thoughts and returned Takumi his Faiz Belt (before aiming to the unused Orga Belt instead). The duo transformed and destroyed both Dragon Orphnoch and Lobster Orphnoch. However, Momose revived his followers and they continued to fight the riders. Tsukasa then deployed the Final Attack Ride Faiz Blaster and destroyed all of the Lucky Clover, including Momose, in just one shot.

In the finale, Apollo Geist summoned a copy of Tiger Orphnoch, among other copies of various monsters that Decade defeated, in order to battle Decade. 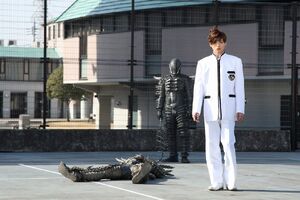 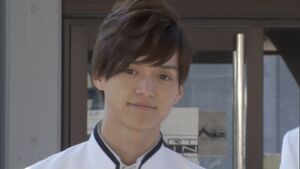 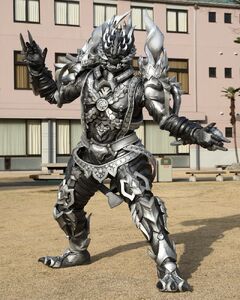 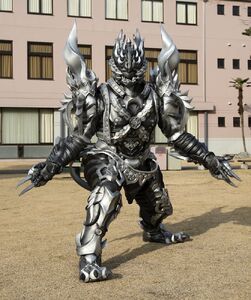 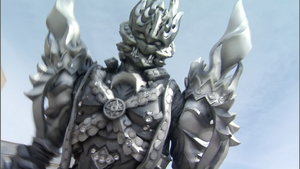