The Main Antagonist Group of Silver Hawks; They are Mon*Star’s Henchmen.

Leader of the Mob. For More Info See: Mon*Star

A cowardly worm like alien that says yes to everythig that Mon*star says.Yes-Man operates the Transformation Chamber.

A brilliant inventor and engineer that creates weapons for the mob and is considered  the 2nd most dangerous member of the mob right behind Mon*Star himself.

The only female member of the mob. She uses a keytar  called the "Sound Smasher" that  creates destructive sonic musical notes.

An azurine skined humanoid member of Mon*Star's Mob with a large tuning fork that enables him to  generate destructive weather patterns even in space.

A Shapeshifher that works as the Mob's Spy

A robotic thug that has razor sharp circular saw cutting blades over his body. His primary method of attack are the two cutting blades at the ends of his arms, which he can spin to create a lethal punch. He can also launch these discs as a projectile attack. If the situation calls for it, Buzz-Saw can spin the blade in his head, the one in each shoulder, and the blades in his arms all at once so anything near it becomes sliced.

A Minotaur like alien that only speaks in grunts, he serves as the Mob’s Muscle with his ability to "bulk up", growing larger and more muscular, increasing his strength by doing so.

The youngest member of the Mob. Time Stopper has the limbo clock on his chest when he presses the button the clock begins to countdown to zero than freezes time for 1 limbo minute, his limbo clock cannot freeze time in total darkness

A shady character who steals memmoris using a cattle prod-like weapon and records them on cassettes.

An expert boxing robot that also has a laser eye and great jumping ability that was brought back to life by Poker-Face to attract customers to the Starship Casino with fights, Smiley easily defeats both Mumbo-Jumbo and Buzz-Saw, but could not beat the Silver Hawks. 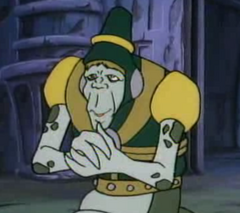 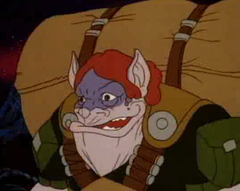 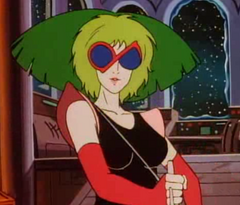 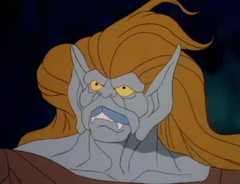 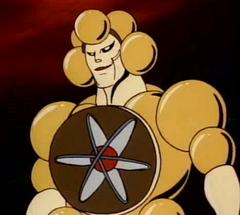 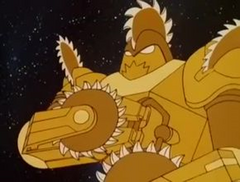 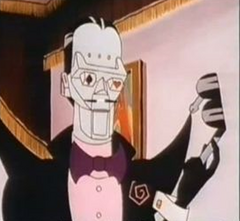 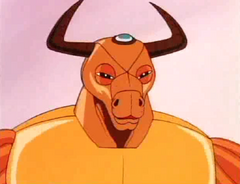 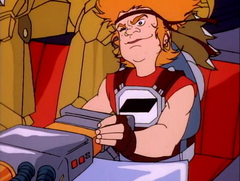 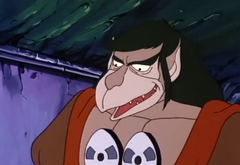 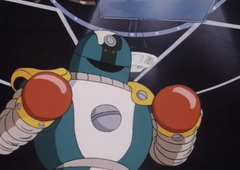 Smiley
Add a photo to this gallery
Retrieved from "https://villains.fandom.com/wiki/Mon*Star%27s_Mob?oldid=3542602"
Community content is available under CC-BY-SA unless otherwise noted.