Spread chaos and dismay (succeeded for a while but ultimately failed).

Kill her father Tokuichi Towa as revenge for his abuse towards her (succeeded).
Become Junko Enoshima's successor and continue her legacy of causing Despair to the world (failed/abandoned in "Future Arc").

Creating Monokumas to do her bidding

Monaca Towa is one of the two central antagonists (along with Monokuma) of the Danganronpa franchise.

Monaca has short green hair and green eyes. In her hair she wears a red ribbon with a bow. She wears a knee-length black dress. She uses an electric wheelchair due to her incapacitated legs. Later in the story it is revealed that she can actually walk and was only faking her incapability to walk. When she's out the wheelchair the back of her dress has showed to have a decal of a pelvis and spine. She also wears white shoes with black knee highs.

Monaca appears to be a cheerful, kind, caring, charming and empathetic person. However, it is shown that she is actually an amoral, deranged, sociopath and master manipulator. By being extremely polite and respectful, cutesy and by the fact that others pity her for her being in a wheelchair, she is able to easily manipulate the other Warriors of Hope, even resorting to sexual extortion to do so. She is very intelligent for her age and is specialized in robotics.

She idolized Junko Enoshima seeing her as a big sister and an example. She dedicates her life to be more like Junko and continue her reign of despair.

Monaca was born as a bastard of Tokuichi Towa, president of Towa Group and was abandoned by her mother which Monaca despise. She was soon adopted by her father instead of sending her to the orphanage. However, she is been neglected by her adopted family and some instance of physical abuse by her father and half-brother, Haiji Towa. She soon faked her paraplegic nature in order to stop further abuse and manipulate people easy.

She attended Hope's Peak Elementary School and was part of the "troublemaker" class with Masaru, Jataro, Kotoko, and Nagisa. Together with her classmates, she planned a group suicide. However, Monaca never had plans to commit suicide in the first place, and she planned to let the others die as a joke. But the group suicide was stopped by Junko Enoshima, who took in the children and manipulated them by treating them with kindness and love.

So, Monaca helped Junko (knowing perfectly well that Junko was trying to use her) to mass-produce Monokumas using her position as a representative of the Towa Group. She tricked her father and the other adults in order to produce the Monokumas, telling them that she wanted to create futuristic robots that could rescue humans during disasters and save lives. However, Haiji Towa explains that he and his father were not fooled by Monaca: Due to Monaca's genius and their separation from the family, they decided to give her permission to do whatever she wanted as soon as she managed to bring benefits to the company, and they did not decide to investigate too much about their plans.

Monaca would use these robots in The Biggest, Most Awful, Most Tragic Event in Human History as killer robots while also creating helmets shaped like the head of a monokuma to mentally control her guests, who would be children. When her father discovered this, he tried to stop her but she blackmailed him that if he did so, everyone would know that his company had helped Junko Enoshima. With this Monaca would make her father create as many monokumas as weapons to fight them, so the Towa group was seen as heroes by other people but at the same time was allied with The Ultimate Despair. with this the group would gain money, honor and protection.

After Junko's death, Tokuichi, Monaca's father, would surrender to the Future Foundation, to later be killed by some Monokuma sent by Monaca. After this she would manipulate her friends into making an adult genocide to follow Junko's last wishes, saying that the adults had killed Junko. And the way they would kill the adults would be in a game created by Monaca called "Demon hunting" where they would hunt down the adults they caught by putting a bracelet on them that would kill them if they tried to escape. They also caught Nagito Komaeda and made him their servant although he would secretly help Monaca with her true intentions.

Monaca Towa blackmailed Touko Fukawa into gaining the trust of Makoto Naegi's sister and bringing her to where she was. after her capture Komaru Naegi they would make her participate in the Demon Hunt but Touko would not capture her as they had told her and help her survive.

Monaca Towa sent her friends to try to kill them, although it is very sure that that was part of their plan, after Nagisa Shingetsu tried to help the protagonists escape, Monaca would kiss him to manipulate him to kill the protagonists, but when he He resisted kissing him even more and with his tongue, leaving him crying there.

Then he would use his most powerful robot together with Kurokuma to try to kill the protagonists, failing, after this he would let Komaru break the control that controlled the Monokumas, although it was all part of his plan since if the control broke all the Monokuma Kids, the children with Monokuma helmets with their minds washed, would die as their helmets would explode along with their heads, then Komaru would realize that Monaca did not resist much and it seemed that he wanted the control to be destroyed. Monaca began to try to convince him to destroy it until Haiji Towa came to try to destroy him as well and then Kotoko Utsugi arrived to stop them. After this Monaca revealed that it was part of her plan to make a successor for Junko and that this would be Komaru Naegi, and for Komaru to break the control, Monaca shows him a video where you could see Makoto's parents and Komaru dead. When Komaru was going to break the control, Touko takes control of her hands, so Haiji tries to take control of him but at that moment Big Bang Monokuma, managed by Shirokuma, breaking the ceiling causing it to fall on top of Monaca. Defeating Big Bang Monokuma would leave Monaca there, her legs crushed by the rubble, but she would be saved by Nagito Komaeda for her to become the successor.

Monaca Towa infiltrates the foundation of the future posing as Miaya Gekkogahara creating a robot just like Miaya and would send to kill the real one, fulfilling it, then she would be discovered by Byakuya Togami sending Komaru and Touko to catch her. Monaca reveals that in reality she did not cause everything that was happening in the foundation and on the contrary she was only watching what happened there to entertain herself, since in reality she had already gotten bored of hope and despair because of Komaeda, for what she decides to go to space to return to sow despair when she stops being bored, but before revealing that if Makoto Naegi continues to live one of him most precious companions will die. 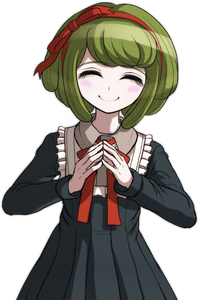 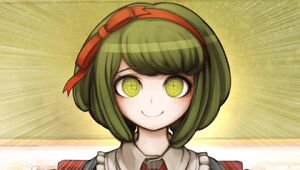 Monaca during her introduction. 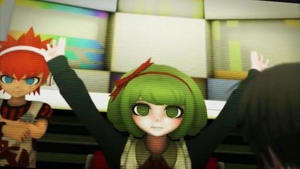 Monaca and the Warriors of Hope broadcasting that the adults will suffer. 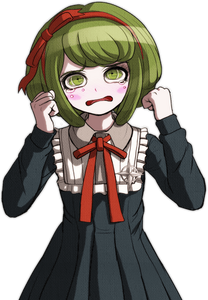 Monaca getting angry and upset. 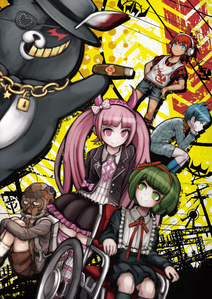 Monaca and the Warriors of Hope. 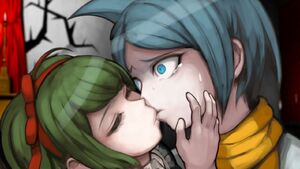 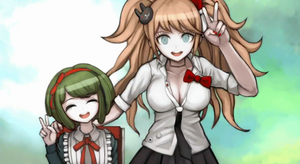 Monaca and Junko together. 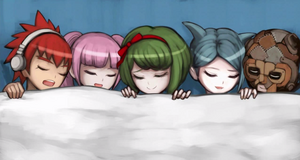 Monaca sleeping with the others after being saved by Junko. 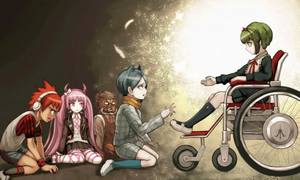 Monaca being nice to the Warriors of Hope. 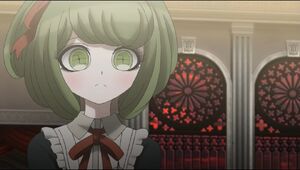 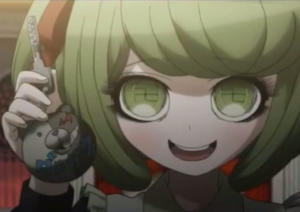 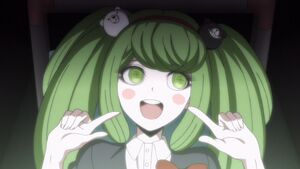 Monaca in Danganronpa 3: The End of Hope's Peak High School. 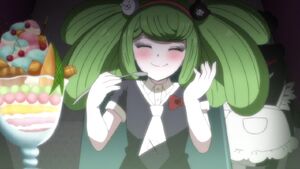 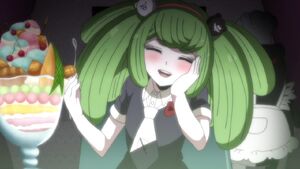 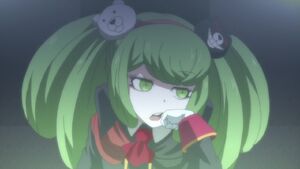 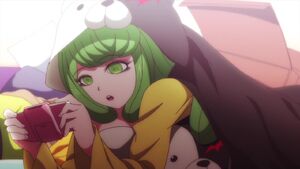 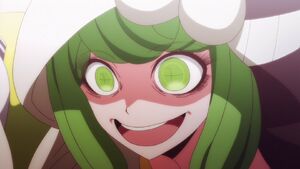 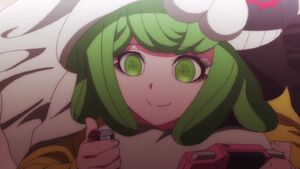 Monaca decides to become a NEET in space.