Co-founder and Scientist Supreme of A.I.M.

Continue her experiments with Terrigen and Inhumans.

Hide evidence of her formula and being involved in A-Day (failed).
Become the Scientist Supreme (succeeded).
Defeat the Avengers.

She was one of the co-founders of Advanced Idea Mechanics alongside George Tarleton, and experimented on Inhumans after the events of A-Day. It's later revealed that she was behind A-Day, as she wanted to continue her experiments on Terrigen, and also replicate her work. After M.O.D.O.K. was defeated by the Avengers during "Reassemble", Monica became the head of A.I.M., and continued her to work to fight against the superheroes.

She was voiced by Jolene Andersen, who also voiced Ada Wong in the Resident Evil 2 remake.

Monica Rappaccini was highly intelligent individual, and once invented a programmable robotic knife while at a school science fair. She lost to another kid who made a cheese volcano, and never got over it since the volcano was actually built by his father. Specializing in genetics, Monica met Bruce Banner in grad school in New Mexico, and later met George Tarleton, who was working with energy generation. The two decided to work together and founded Advanced Idea Mechanics, which was a scientific company that worked on genetics and energy generation. When Terrigen was discovered in San Francisco, Monica connected with Banner to gain funding from Tony Stark to experiment with the substance. Monica began a romantic relationship with Bruce, and collected data on him on what caused the Hulk to surface, as she wanted to know could it be replicated or given to someone else.

Wanting to continue her experiments with Terrigen, Monica decided to hire Taskmaster and his mercenaries to steal some of the substance while the public was distracted by Avengers Day. Towards the end of the attack, Monica and Tarleton survived the crash while on the Chimera, and she placed Captain America into cryo-hibernation to use his blood. After the events of what became known as "A-Day", Monica manipulated Bruce to testify to the senate that the Avengers were a threat. As a result, the team was disbanded, and Monica ended her relationship with Bruce to continue building AIM. She then partnered with Justin Hammer to dismantle Stark Industries and S.H.I.E.L.D., but she later betrayed Hammer to gain control of his company.

When Tarleton started to suffer from Terrigen mist, Monica used Captain America's blood (which she named the "Regenerative Formula) to reawake him from his coma. She would continue to study Tarleton, as she was the only one who knew about his Inhuman abilities, but kept it a secret to increase his potential. The two then started to make propaganda that Inhumans were a disease to humanity, and that A.I.M. could cure them of their powers. However, Monica and Tarleton were actually experimenting on the Inhumans, wanting to learn more about their powers and replicate them for cures and other projects. With her research on the Hulk, Monica decided to use the data to experiment on others, most notably turning Emil Blonsky into the "Abomination".

Five years after A-Day, Monica and Tarleton went to Jersey City to find Kamala Khan when she tried to gain access into A.I.M.'s servers. Monica managed to capture Khan, and brought her for interrogation on how she accessed their servers and gained some of their resources. After hearing Tarleton and Blonsky argue, Monica captured Khan when she attempted to break into Black Mesa, and also murdered her Inhuman test subject, Jessica Yi and took her DNA to replicate it into the Adaptoids. When Black Widow came to rescue Khan, Monica donned an exo-suit to battle the superheroine after her Adaptoids were defeated. Rappaccini was defeated and imprisoned in the Chimera to be interrogated for information on the laboratory.

She was interrogated by Banner, but refused to reveal any information and immediately guessed they were looking for the laboratory to clear their names. When Tarleton attacked the Chimera, Monica escaped and returned to A.I.M. to perfect the cloning technology for the organization. Khan managed to realize that the laboratory was on Ambrosia, and Iron Man infiltrated the facility and freed Captain America from cryo-hibernation. Monica then appeared on a monitor, telling Captain America and Iron Man that Tarleton didn't know about her experiments on Rogers, and activated a self-destruct sequence. seeing that Tarleton would learn about Captain America's survival from A-Day and the formula, Monica created a clone to confront George and escaped from the area.

After M.O.D.O.K. was defeated by the Avengers, Monica spoke to the board and convinced them to allow her to become the "Scientist Supreme" of the organization. She decided to leave the goal of eliminating all Inhumans, and instead focused on advancing A.I.M.'s technology so the company could become the future. Rappaccini started to create clones of Taskmaster and Abomination, and also focused on time travel. 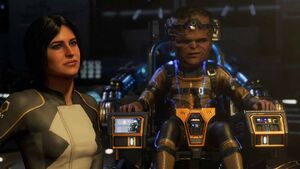 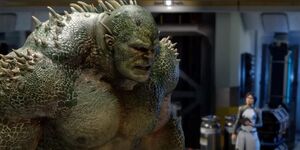 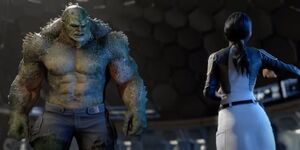 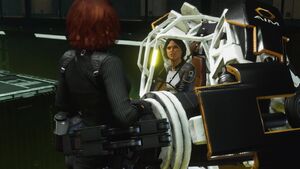 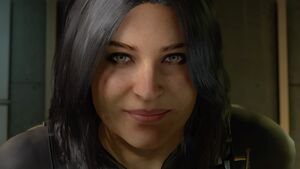 Monica speaking with the board of A.I.M., becoming "Scientist Supreme".