The Monkey King Statue is the climax antagonist of the Hong Kong Disneyland attraction Mystic Manor. It is a giant jade statue of the mythical Monkey King brought to life by the magic music box.

The statue was discovered by Lord Henry Mystic and his pet monkey Albert during the archeological excavation an ancient Chinese village located in the mountains. The statue was retrieved and relocated to Mystic's museum, Mystic Manor, located on Mystic Point, and was placed as the centerpiece of the Chinese Solon room.

Prior to the attraction, Lord Mystic discovered and recovered an ancient music box, which was legendary for its supposed power to bring inanimate objects to life. Henry Mystic welcomes guests to the manor and explains the music box, then goes to look for Albert. In fact, Albert is in the room and opens the music box, turning on the music and releasing magic into the room. The magic quickly travels throughout the manor, bringing all of the relics to life.

Finally, guests and Albert happen upon the Chinese Salon, where the pandas in the tapestries have come to life and are playing. However, the Monkey King Statue has also come to life, and is by far the most malicious relic encountered. It summons a tornado to destroy the manor, pulling the Chinese Salon apart and pulling the pandas and Albert in. When Albert tries to hold onto a collapsing wall, the statue summons a lightning bolt and tries to strike Albert with it. This destroys a wall, where the swirling winds are encompassing the room. Albert holds on to a harp, but then sees the music box fly by and grabs it as it passes.

Despite never speaking, the Monkey King Statue is shown to be cruel, dangerous, remorseless and destructive. The exact reasoning behind why it wants to destroy the manor are unknown, but it could be revenge for taking it from its village or possibly simple desire for destruction and villainy. It is extreme in its methods, using the weather and elements to wreck havoc and destruction. 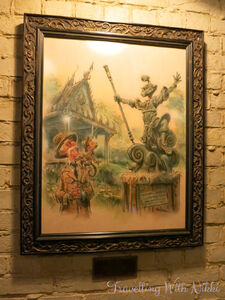 The statue is found by Lord Mystic and Albert. 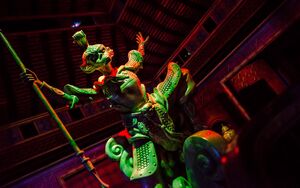 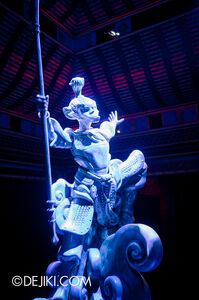 The statue summoning the elements. 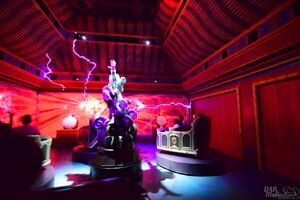 The statue attacks with lightning. 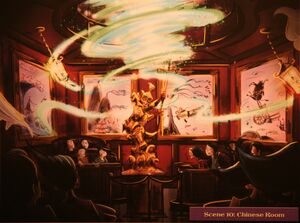 The statue summoning the tornado in promotional artwork. 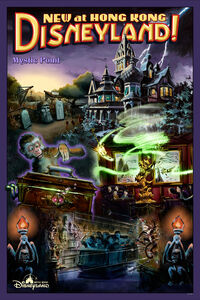 The statue on promotional material for Mystic Point.
Add a photo to this gallery 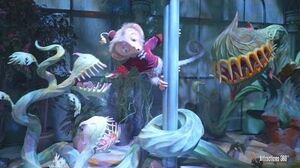 Retrieved from "https://villains.fandom.com/wiki/Monkey_King_Statue?oldid=3459951"
Community content is available under CC-BY-SA unless otherwise noted.