Pinning the students against one another.

Monokuma, also known as Monobear or The Headmaster of Hope's Peak Academy, is one of the two central antagonists (along with Monaca Towa) of the Danganronpa franchise.

He is a strange teddy bear that initiates a life of mutual killing amongst the students. He is both the most recurring antagonist and the mascot of the entire Danganronpa franchise, appearing in almost every installment of the Danganronpa main series.

In the Japanese version, he was formerly voiced by Nobuyo Ōyama and is currently voiced by Tarako, with the former also did the voice of Doraemon in the long-running Doraemon series. In the English dubbed version, he was voiced by Brian Beacock in the games and by Greg Ayres in the anime.

Monokuma appears in Danganronpa: Trigger Happy Havoc and its sequel Super Danganronpa 2: Goodbye Despair. He is a model of an animatronic bear used as an avatar to interact with the students by the mastermind. There are seemingly infinite copies of Monokuma, and he seems to have the ability to teleport. He is Usami's "brother" who had adopted her and later renamed her as "Monomi". He was created by Monaca Towa as a part of a series of large killing machines for Junko. He returns in Danganronpa 3 and Danganronpa V3 as the main villain, in the former of which a computer virus is using him as an avatar while the latter was used by an obsessive fangirl of the original mastermind who wanted to recreate the killing game.

Monokuma's entire face and body splits equally down the center into two sides. It resembles the Yin-Yang symbol of which there is a balance between two opposites in a way similar to a "flow". On some occasions, Monokuma would show his humorous side in regular conversation, but would turn to his sadistic side at any other time, unless he's asleep where he will give life advice to random and ridiculous props.

His left side is white in color and has the classic teddy bear expression. His right side shows a more sinister look, being black in color with a red slash for an eye with a camera visible within and an evil, stretched grin. Although he is entirely split into two opposite sides, the only parts of Monokuma that are unaffected by the split is his muzzle and belly area, which both remain white. He also has a large and obvious belly button on the lower part of his belly. His bulging navel has an X mark on it.

Monokuma has amassed a number of victims throughout the franchise. Names in bold are deceased.

Although Monokuma wasn't directly involved in the Final Killing Game, the following victims were executed in his name: 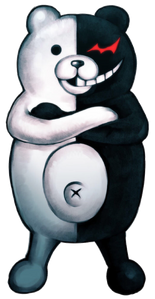 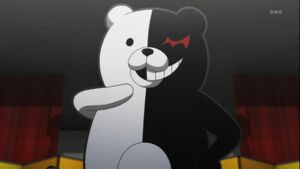 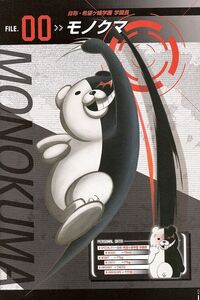 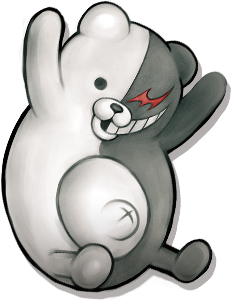 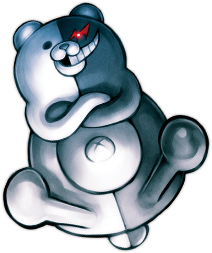 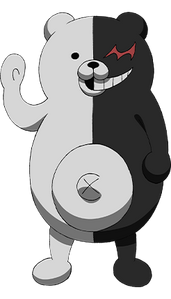 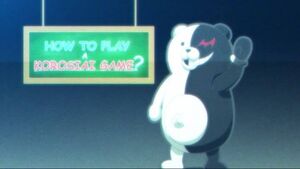 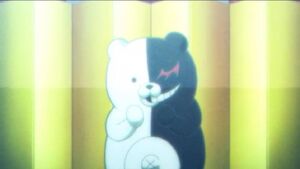 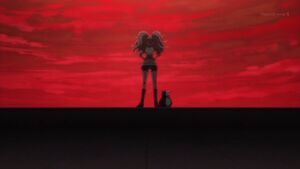 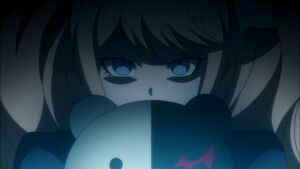 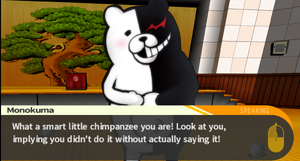 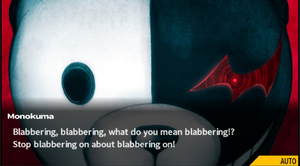 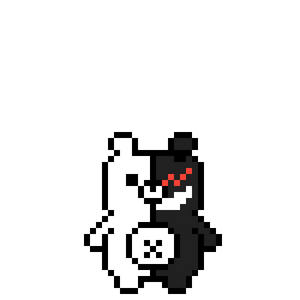 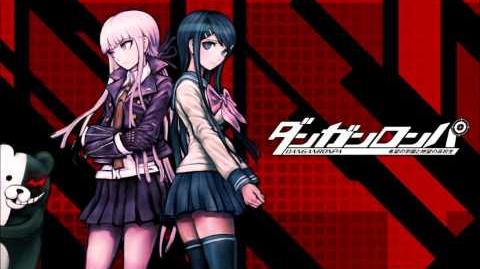 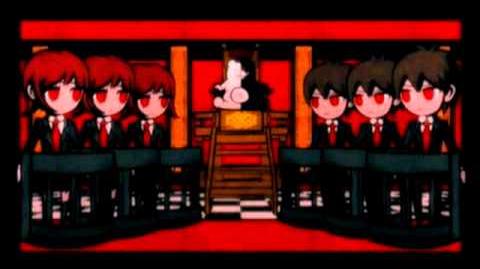 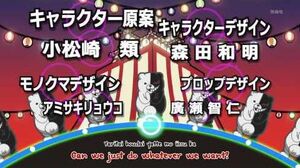