The Champion of the Elder Gods (presumed)

Protect the Nexus from trespassers.

Monster is a non-playable character and a minor antagonist in Mortal Kombat: Deception during the game's Konquest mode. Monster claims to be the champion of the Elder Gods and was sent to protect the Nexus from trespassers. He also uses Scorpion's fighting styles and moves.

He was voiced by Ed Boon.

After Shujinko defeats Monster, he ask Damashi who he is, and Damashi responds that he doesn't know. It is unknown what happen to Monster after that.

Not much is known about Monster's personality, but he seems to be loyal to the Elder Gods and protective as he is shown in the game and a powerful fighter, according to Damashi.

His appearance is similar to Scorpion since he was originally going to be an alternate costume for him. 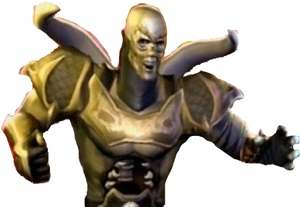 A render of Monster. 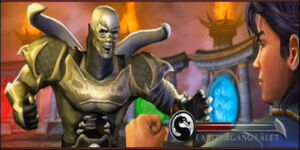 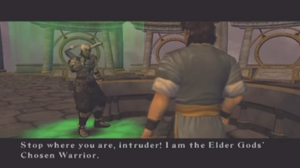 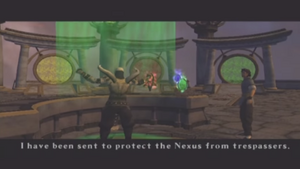 Monster claiming to be the true champion of the Elder Gods. 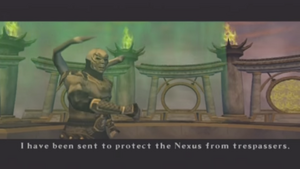 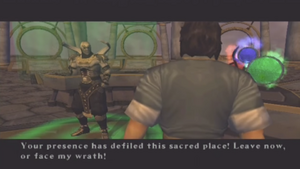 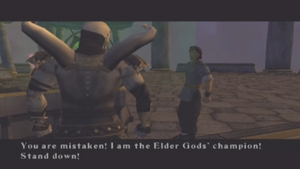 Monster being told by Shujinko to stand down. 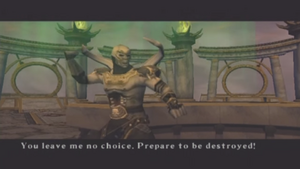 Monster challenging Shujinko.
Add a photo to this gallery 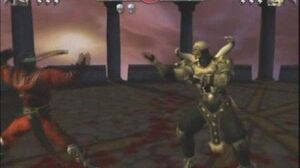 Retrieved from "https://villains.fandom.com/wiki/Monster_(Mortal_Kombat)?oldid=3542662"
Community content is available under CC-BY-SA unless otherwise noted.