Ability to consume anything it can envelop, such as humans and animals, to add to its mass.

Ability to cause any living organism to grow several time their original size (if it is consumed).

Continue growing and destroying anything it comes across.

Monster Blood is a sentiant thick green slime with magical properties that appears as an antagonist in several Goosebumps books.

The green slime makes its when it is discovered in an old toy store in a dusty metal can which is opened by the main protagonists, Evan Ross and Andy. Soon afterwards, Evan's dog named Trigger eats some and grows very large. The Monster Blood itself grows larger and larger as the story progresses, eating several objects and even a couple people. It is later revealed that the Monster Blood's abilities were caused by a spell cast by a witch named Sarabeth.

Monster Blood reappears when Evan initially has a dream involving his dog Trigger. In the dream, he notices Trigger has eaten Monster Blood. Soon after having this dream, only now in waking life, Cuddles the class hamster, eats some Monster Blood. Evan is then forced to eat some also in order to combat the gorilla-sized hamster. At the end, when the Monster Blood's expiration date kicks in, Andy gives Evan some more from Europe and Cuddles eats some more and the book ends.

Monster Blood returns when Evan and Andy come up with a plan to get Kermit back with Monster Blood for getting on their nerves. Their plan goes wrong and Evan accidentally swallows some and grows at least two stories high. He then sticks Conan up a tree and plays a game of softball, though this doesn't last long, as he is a highly visible and unusual sight at his new height, attracting public attention. The police and fire department soon come, thinking he is an alien threat. Eventually, Kermit makes a formula at home which causes shrinking, allowing Evan to drink it. Evan wakes up the next day and is the size of a mouse.

In the last book in the Goosebumps book series, Monster Blood comes in a can, but is blue, and multiplies when exposed to water. The blood is also carnivorous, evil, and has fangs. This blood is actually not a toy at all, but an aquatic military super weapon. The blue Monster Blood also makes a person multiply, when someone eats it.

This version of Monster Blood is a "12 Hour Trial Strength" version, and it comes in a plastic egg. A character by the name Matt Daniels, grow about nine feet tall. The Monster Blood follows him to HorrorLand where it sucks up Sheena Deep and a Horror named Byron who saved Matt and Sheena's brother, Billy.

Monster Blood appears in the Goosebumps TV series, in the episodes "Monster Blood" and "More Monster Blood", where airline food makes it shrink. It will only stop growing when it is put back in its jar. If a person eats it, they had better make sure some of it gets on their clothes; without doing so, their clothes will rip off if they continuing growing.

Monster Blood appears in the videogame when you encounter it in the tunnels beneath the Dead House, then a second time at the entrance to the attic.

Initially, Monster Blood appears as a typical novelty "slime" toy, such as Mars Mud or Silly Putty, and comes in a small metal can. It glows in the dark and bounces like a ball when it is thrown. However, it is also alive, able to move on its own and consume anything it can envelop, including people and animals, to add to its mass. In addition, any living thing that consumes Monster Blood will grow several times their original size.

Asides from the ordinary Green Blood, there actually are also other variations of slime that are used in a similar fashion: 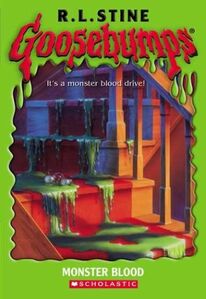 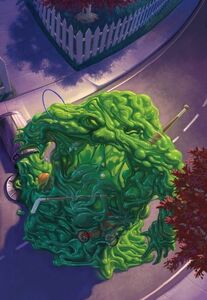 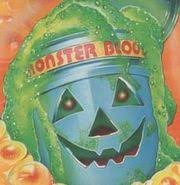 Monster Blood inside of a can 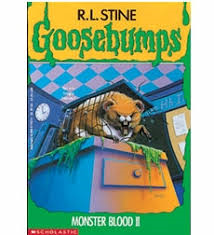 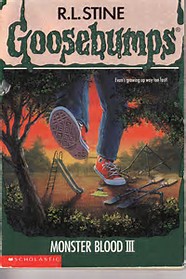 Retrieved from "https://villains.fandom.com/wiki/Monster_Blood?oldid=3862029"
Community content is available under CC-BY-SA unless otherwise noted.