All the powers of Doc Ock and Carnage

Destroying everything in sight.

Attacking anyone who gets in his way.

Monster Ock (sometimes spelled Monster-Ock) is a monstrous supervillain who serves as the final antagonist of the 2000 video game Spider-Man. He is the savage combination of both Doctor Octopus and the Carnage Symbiote, who is hellbent on killing Spider-Man.

He was voiced by Marcus Shirock.

Throughout the game, both Doctor Octopus and Carnage plot to create and infect the world with an army of Symbiotes. However, Spider-Man arrives at their lair and defeats Doctor Octopus while Venom fights with Carnage, and then defeats Carnage as well when Venom is overpowered. Upon Carnage's defeat, the symbiote suit rejects Cletus Kassidy. The suit then proceeds to drip into the lower floor of Doctor Octopus' lair, where it ends up bonding itself onto an unconscious Doctor Octopus. When this happened, Doctor Octopus is transformed into Monster Ock. After Monster Ock attacked Spider-Man and tried to kill him, Spidey, instead of fighting him, is forced to flee the monster as Doctor Octopus' underwater lab begins to explode. Monster Ock pursues Spider-Man through the vents lining his facility.

Eventually, Monster Ock is defeated after he is engulfed in the explosion.

Miraculously, the Symbiote ends up protecting Doctor Octopus from the explosion, although his mechanical arms were severed from his body, and the Carnage symbiote retreats into the exploding factory, but Doctor Octopus otherwise survives.

In the Gameboy Color adaptation of Spider-Man the Video Game (which follows a different story than the console versions) Doctor Octopus kidnapped and had been performing experiments on both Carnage and Venom (although the latter escapes) in order to create a Symbiote that he could fully control. Thanks to Venom, Spider-Man uncovers Doctor Octopus' plan and defeats both him and the escaped Carnage afterwards. Like in the previous game, the defeat of both villains culminates in the Symbiote attaching itself to Doctor Octopus, creating Monster Ock. Monster Ock engages Spider-Man using a combination of both Doctor Octopus and Carnage's attacks. Ultimately, Spider-Man defeats Monster Ock, who damages some electrical wires, causing his base to explode. 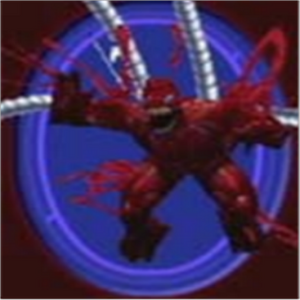 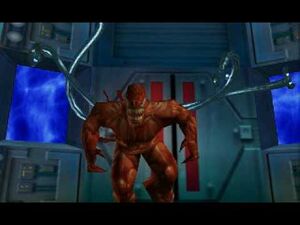 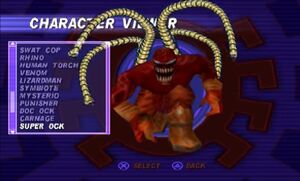 Note how he looks different and has the name "Super Ock". 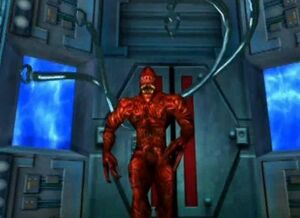 Monster Ock in the Dreamcast version of the game. 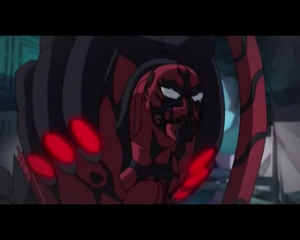 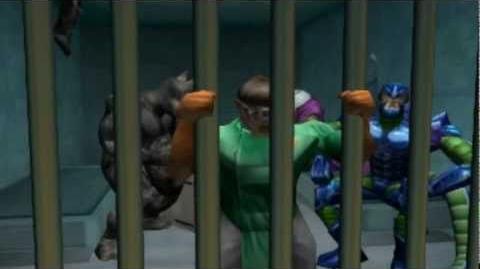