Make money off of his fundraise-A-Fair (failed).

When he was a boy, Monty spent his most joyous years in his mother's chip shop looking forward to Fish and Chips. During his childhood and adulthood, there were certain pies that he hated. One such pie was strawberry-rhubarb pie after his aunt Mildred forced him to eat her horrible desserts. When he was ten years old, Monty hated blueberry pie after the local bully, Archibald Pennicot forced him to eat some. Another pie that he hated was Apple Crisp a la Mode, which his father seemed to like, driving Monty and his mother crazy. During his years in the National Service, before being sent to dig trenches to prevent the great flood of 1961 from reaching, Monty was forced to eat Kidney pie, which he also disliked.

Monty started a fundraiser fair to supposedly raise money for the damaged animal shelter. However, as Wallace and Gromit find out, it was all just a ruse to make money by using stray dogs to power up his Muzzler ride. 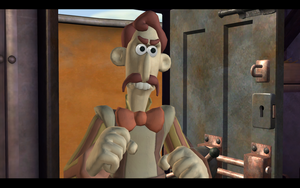 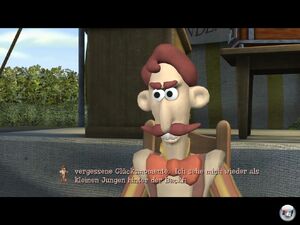 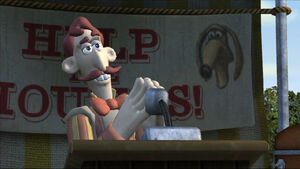 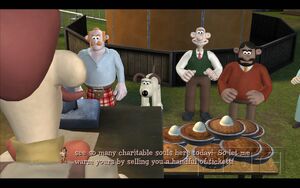