Blade-Tooth (can lengthen and manipulate his teeth into blades)

Take out the U.A. students at their camp (failed).

Moonfish is a minor antagonist from the manga/anime series My Hero Academia. He is a villain who is affiliated with the League of Villains and a member of the organization's Vanguard Action Squad.

He is a psychotic, escaped death row inmate with a strange fascination for flesh, urging his opponents to show him their flesh and constantly uttering the word to himself.

He is voiced by Shuhei Matsuda in the Japanese dub and Daman Mills in the English dub.

Moonfish is a mysterious and insane man. He appears to have an obsessive affection for flesh, as shown when inspecting a severed limb on the ground, and wishes for his opponents to show their flesh when fighting him. He seems so obsessed with flesh that he constantly moans and utters to himself about it, and tells himself to focus on the task at hand in knowing that the U.A. student's flesh would distract him.

Moonfish has also shown to have a short temper when someone takes his "prize" away, as shown when he attacked Fumikage's Dark Shadow. It is very likely that he joined the League of Villains only for access to flesh and murder, rather than the inspiration that Stain had given quite a few other members.

Before joining the League of Villains, Moonfish was a criminal who had committed crimes so horrific and vile that he was placed on death row. Mr. Compress mentioned that his last appeal was denied, thus Moonfish escaped in order to avoid execution.

Alongside Spinner and Magne, Moonfish joins up with the rest of the Vanguard Action Squad on a cliff, who plan to attack the U.A. students at their training camp. The team then breaks off, in which Moonfish encounters Fumikage Tokoyami and Mezo Shoji. After cutting off one of Shoji's arms, the two heroes managed to escape, leaving Moonfish alone to admire Shoji's limb. He then proceeds to attack Katsuki Bakugo and Shoto Todoroki, who happened to stumble behind him.

He attempts to kill the two heroes by using Quirk to slice them up, causing the two heroes to fight defensively. He attempts to catch Bakugo off guard, but was eventually attacked by Todoroki, though he was able to evade his ice attack. Later on in the battle, he was able to inflict a wound on Todoroki, and was ready to inflict further pain on his opponents, until he was attacked by Fumikage Tokoyami, who's Quirk was beyond his control. Moonfish attempted to fight Tokoyami, but was immediately crushed by Dark Shadow, causing his teeth to shatter.

Despite this, Moonfish continues his attempt once more by stabbing the shadowy creature. Unfortunately for him, his attacks had no effect, and Dark Shadow began to smash the villain into many trees, before throwing him away. After his defeat, most of the Vanguard Acton Squad members managed to escape, leaving Moonfish, along with Mustard and Muscular, behind to be arrested. He is then sent to be imprisoned in Tartarus, where he is currently awaiting his death sentence.

Despite being placed on death row, Moonfish remained imprisoned in Tartarus for the time being. However, he, along with many other villains were released from imprisonment when Tomura (under the influence of All For One) lead a raid on the prison with the Near-High End Nomus. Moonfish proceeded to leave through the hallways as he killed various guards and prisoners along the way. 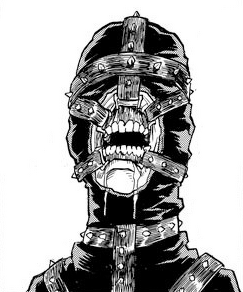 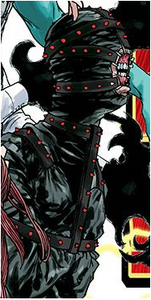 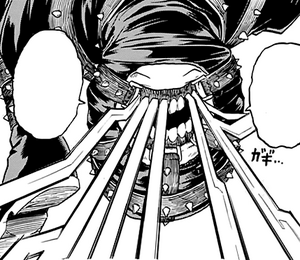 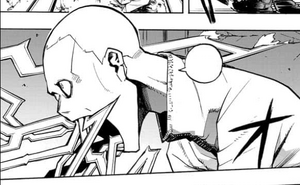 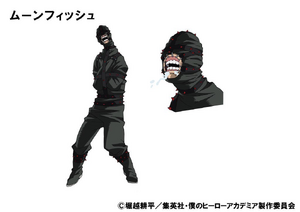 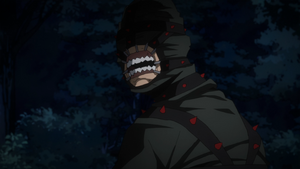 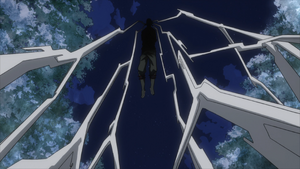 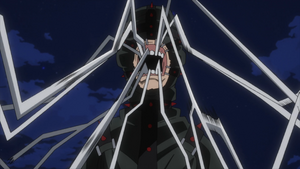 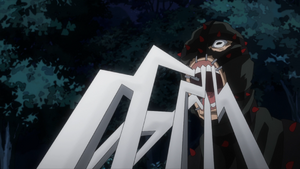