Villains Wiki
Register
Don't have an account?
Sign In
Advertisement
in: Female, Supervillains, Doctors and Scientists,
and 53 more

Gain control over her powers (succeeded)

Karla Sofen, better known as Moonstone and Meteorite, is a antagonist in Marvel Comics. An enemy of Captain Marvel and the Hulk, she disguised herself as the former when she was a member of the Dark Avengers, alongside being a member of the Thunderbolts later.

Karla Sofen was a psychologist under the tutelage of Doctor Faustus who gained her powers through a mystical moonstone, a strange gem taken from the moon which granted its user great power. She stole the gem from one of her patients, Byron Becton, via psychological inducement. She absorbed Becton's moonstone armor into her body, giving her ultimate power over the gems.

As the new Moonstone, Sofen gained many powers, including superhuman strength, speed, agility, and durability, flight, control of gravity, photon blast projection from her hands, intangibility, and several other powers.

Moonstone's secret identity was revealed to the public after a battle with the Hulk. Moonstone joined the Masters of Evil as well as at one point teamed up with Baron Zemo II. She also battled Graviton, another villain with gravitational powers superior to hers. After Graviton killed one of her childhood friends, and her moonstones were taken from her by the Avengers, Sofen became mentally unstable, and Zemo used this as an opportunity to take the moonstones for himself. She eventually got them back and regained her mental stability.

Moonstone was a member of the Masters of Evil and joined Zemo when he and several other villains went under the guise of a new team of superheroes, the Thunderbolts. She often analyzed and manipulated the other members to study their psychological attributes. Even though she stood up to Zemo alongside the others when he unleashed his real plan for world domination, she never truly reformed and later joined Norman Osborn's version of the Thunderbolts and well as his Dark Avengers as the evil counterpart of Ms. Marvel, with whom she had a bitter rivalry. 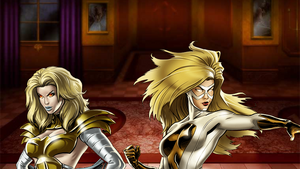 Moonstone alongside Emma Frost as they infiltrate the Hellfire Club Headquarters. 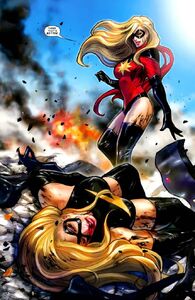 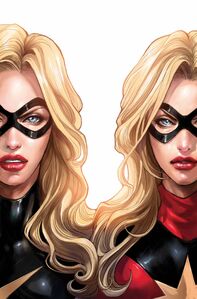 Ms. Marvel (Captain Marvel) on the left, and Moonstone on the right. 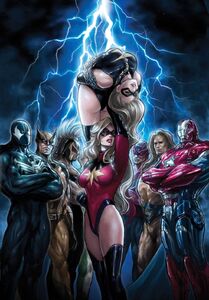 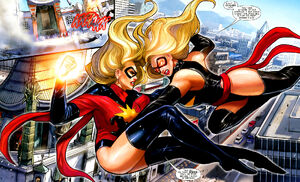 Moonstone (left) and Ms Marvel (right) having a duel above a city. 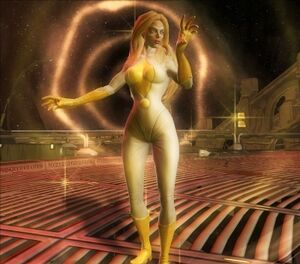 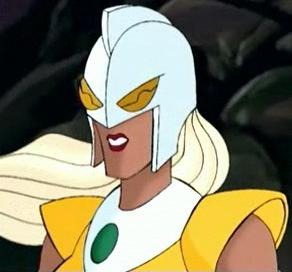 Moonstone in The Avengers: United They Stand. 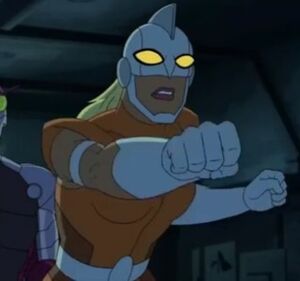 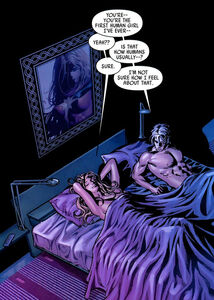