Kill every human in the Paradise refugee camp (failed).

The Moose Orphnoch is a Riotrooper of Smart Brain and a minor antagonist in Kamen Rider 555. He was among the force sent to exterminate the last of the human beings in the refugee camp Paradise. 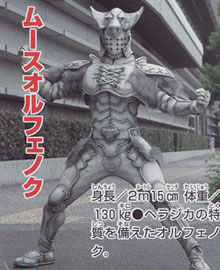 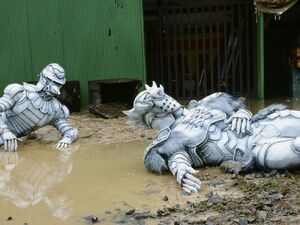 Retrieved from "https://villains.fandom.com/wiki/Moose_Orphnoch?oldid=4176178"
Community content is available under CC-BY-SA unless otherwise noted.