The Morbuzakh is one of the antagonists that was introduced in the 2004 BIONICLE storyline. It was a massive, sentient plant-like creature who was created by Makuta Teridax as part of his master plan of taking over the island of Metru Nui and overthrowing the Great Spirit.

The Morbuzakh was created by Teridax several days after his defeat in the hands of Toa Hagah in Destral. He first creates the plant-like creature called the Karzahni, but he later found out that it was too willful and intelligent for his purposes, so he abandoned it and instead create the Morbuzakh. Then, he formulated the plan: the Morbuzakh was to drive the Matoran to the Coliseum, where he and the Vahki cam easily capture them and placed them into the Matoran Spheres. To this end, Teridax told the Morbuzakh that he will let it rule Metru Nui after his plan was fulfilled.

When Teridax replaced Turaga Dume with the help of the Po-Matoran, Ahkmou in the months before the Great Cataclysm, he instructed him to secretly plant the Morbuzakh seeds in Ta-Metru. Ahkmou then sneaks into Ta-Metru and plant the seeds in the Great Furnace. The Morbuzakh's first action was to grow vines in the area

Not much was known more of the Morbuzakh's actual personality but it also has the ability to speak in the telepathic was and was also known to be destructive and aggressive. 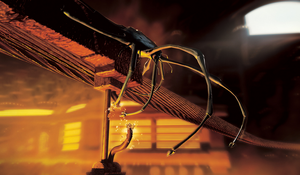 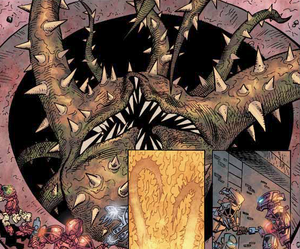 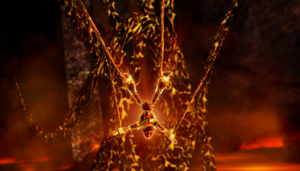 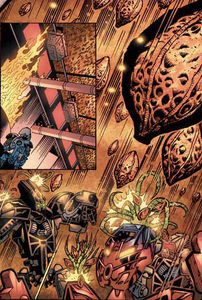 The Morbuzakh shooting outs its seeds.
Add a photo to this gallery

Retrieved from "https://villains.fandom.com/wiki/Morbuzakh?oldid=3890879"
Community content is available under CC-BY-SA unless otherwise noted.