Commissioner of the F.B.C. (formerly)

Create the T-Abyss Virus to attack Terragrigia and spread the threat of bioterrorism all over the world, in order to expand the FBC and his own power.

Morgan Lansdale is the head of the Federal Bioterrorism Commission, or FBC for short, until its disbandment in 2005 and the main antagonist of Resident Evil: Revelations.

He was voiced by Michael Sorich in the English version, and by Banjo Ginga in the Japanese version.

Morgan Lansdale was engaged in foreign intelligence activities for many years, even before he became the head of the Federal Bioterrorism Commission.

During the incident, Lansdale took charge of ground operations, using FBC forces in an attempt to counter the attacks by terrorist group Il Veltro. Operating out of the FBC headquarters within the city, he worked closely with the director of Bioterrorism Security Assessment Alliance, Clive R. O'Brian. However, the two did not see eye to eye. Though the BSAA was a fledgling non-governmental organization at the time, Lansdale still perceived the group as a threat to his position, and Lansdale was openly hostile in his interactions with O'Brian.

The situation in Terragrigia quickly got out of hand, and after a tense dispute with O'Brian, Lansdale ordered the use of the Regia Solis satellite to sterilize the city. Shortly afterwards, the FBC evacuated and left the city to its fate.

However, unbeknownst to everyone else, Lansdale was actually the main architect of the attacks, planning to use the incident as a tool to increase his own power. Before the incident, Lansdale had bought the Paraguas Line Company and the three sister ships Queen Zenobia, Queen Semiramis, and Queen Dido. Working closely with Veltro leader Jack Norman, Lansdale provided the terrorist group with samples of the t-Abyss virus that Lansdale had acquired from Montpellier Marine University. He also allowed Veltro use of the ships as platforms to launch the attacks.

Once Lansdale was certain the attack would succeed, he betrayed Veltro, activating the remote self-destruct protocol on the Queen Dido in order to kill Norman and releasing the t-Abyss on the two other ships to wipe out any remnants of Veltro. Finally, he activated the Regia Solis and ensured any evidence linking him to the attacks was destroyed.

With Veltro out of the picture, Lansdale had research teams take over the two remaining cruise liners. The objective for these men and women was to prepare a vaccine for the t-Abyss virus, after first examining how the virus reacted to human beings - hence the deliberate infection of the Veltro members. For the next year the team researched the vaccine. When it was done and their report handed in, Lansdale, who had remote access to the ship's security, locked down the ship and released the B.O.W.s from cryogenic sleep. Ensuring, again, that evidence linking to him was removed, Lansdale had always intended for research members like Ryan to die that night.

In 2005, responding to reports that members of Veltro had returned, he dispatched FBC agents Raymond Vester and Rachel Foley to the derelict Queen Zenobia to assess the threat to him around the same time BSAA agents Jill Valentine and Parker Luciani were also dispatched to the vessel. Lansdale was not aware that Agent Vester was working with director O'Brian, who had harbored suspicions against Lansdale since the Terragrigia attacks and who was attempting to use the "return" of Veltro to collect incriminating evidence against Lansdale.

In a bid to destroy the last of the evidence against him, he made several attempts to kill Luciani and Valentine, first by attempting to destroy the Zenobia with the Regia Solis and also by releasing B.O.W.s from the ship's lab. When these methods fail, he activates the self-destruct system that destroys the Semiramis. He then orders his double agent, Jessica Sherawat, to do the same on board the Zenobia. She succeeds, but not before Chris Redfield and Valentine obtained a vaccine and neutralized the t-Abyss virus, escaping the doomed ship.

In a final bid to protect himself, he and a group of FBC agents invade the BSAA headquarters and order the arrest of O'Brian on false charges of conspiring with Veltro. After Jill and Chris kill an infected Jack Norman aboard the wreck of Queen Dido and broadcast incriminating evidence against Lansdale, O'Brian is released and Lansdale is placed under arrest and relieved of his position as Commissioner of the FBC. In the aftermath of the Queen Zenobia Incident, the FBC is disbanded and the remainder of its agents and resources are transferred to the BSAA as a United Nations-sanctioned counter-terrorism organization.

By 2011, one of Lansdale's moles, Neil Fisher, had risen to a high position within TerraSave. Looking to create another bio-hazardous outbreak like the Terragrigia Panic in order to cause fear and revive the FBC with other like-minded individuals, Neil made a deal with Alex Wesker to obtain a sample of the Uroboros virus, selling out TerraSave. However, he was betrayed by Alex and infected with the Uroboros virus, ending any possible revival. 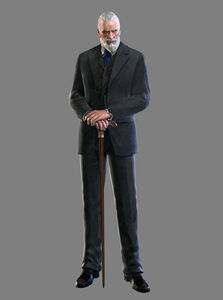 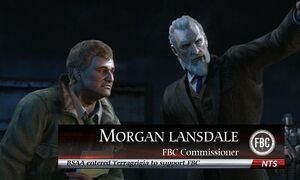 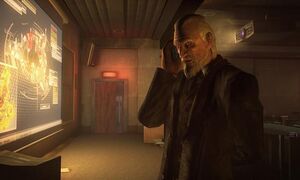 Morgan speaking to Norman about the success of the Terragrigia Panic. 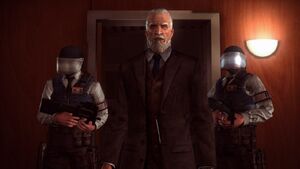 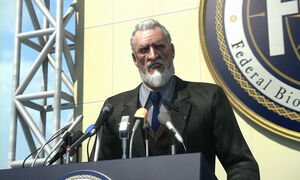 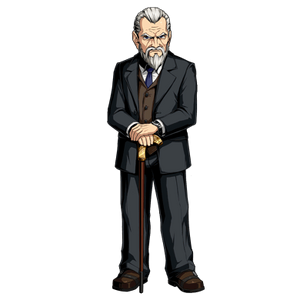 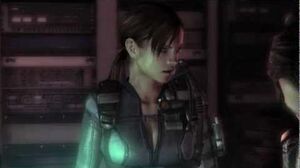 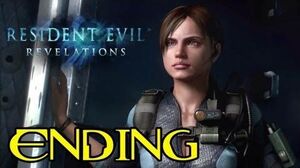