Haunting (as a ghost)

Haunting the living (as a ghost)

Seek revenge on Simone and Lena and Jaques for his murder.
Prevent other people from suffering the same fate he did (all prevailed).

Morgan McReight (better known as Morgan Moonscar due to the moon-shaped scar under his left eye) is a minor antagonist in the direct-to-video movie Scooby-Doo on Zombie Island. He was a pirate who later returned as a zombie. He is the one responsible for the events in the movie.

In life, he was an old man with a long bushy white beard, tanned skin, and a reddish-brown pirate costume. He also wielded a large sword. As a zombie he is much thinner than his human counterpart (almost skin and bones), his clothes are tattered and his sword is rusty in numerous places.

Nothing is explicitly stated about Moonscar's personality, but he seems to be a typical bloodthirsty pirate captain. He murdered an entire settlement to ensure they would not get his buried treasure (or tell anyone about it).

Sometime in the late 1790s, Morgan Moonscar and his pirate crew arrived on a remote island somehwere in a bayou in Louisiana While the residents were celebrating their bountiful harvest, Moonscar and his crew attacked them. He forced the residents into the swamp, and they were devoured by alligators. However two of the residents, Simone Lenoir and Lena Dupree managed to escape the pirates. WIth pure rage and hatred in their souls, the two women uttered a curse on the pirates. Their cat goddess granted their wish and they became werecats. With their new powers, the two killed Morgan Moonscar and the pirates. They would only be their first victims.

Moonscar, along with his crew and the other victims were left to wander Moonscar Island after having the life drained from them. 200 years later, they tried to drive Mystery Inc. off the island, to spare them the same fate. After Simone, Lena, and Jacques died, the souls of Moonscar and his crew were released, along with those of the other zombies, allowing them to finally rest in peace in the afterlife. 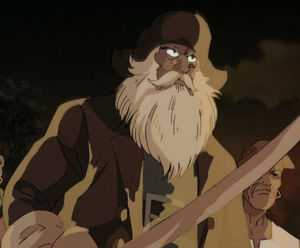 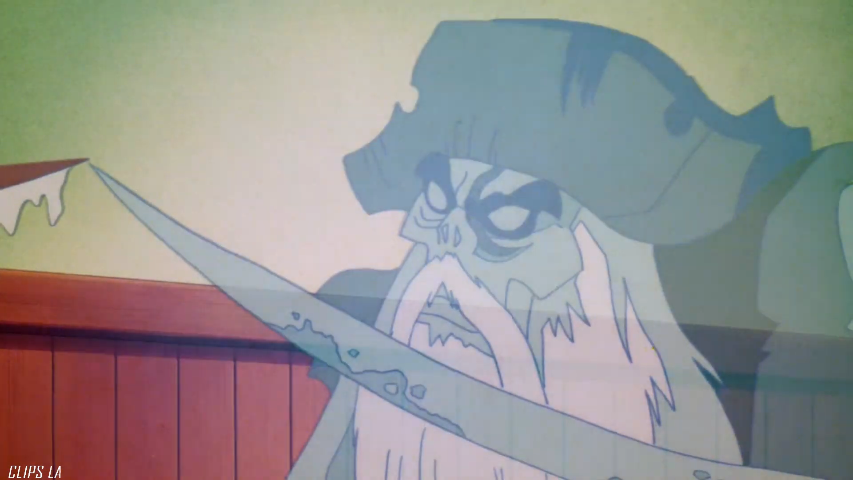 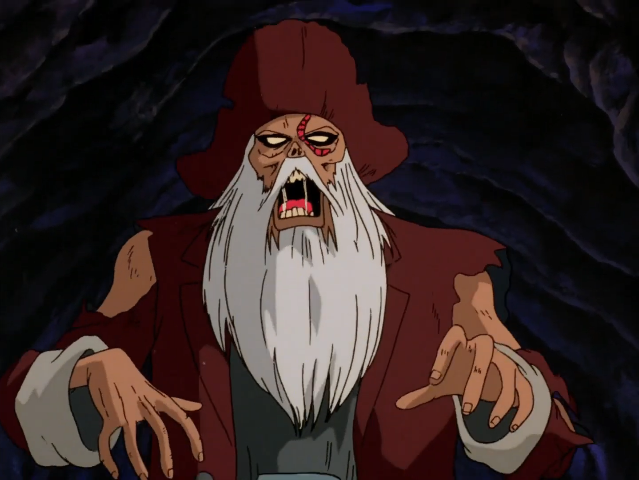 Retrieved from "https://villains.fandom.com/wiki/Morgan_Moonscar?oldid=3380014"
Community content is available under CC-BY-SA unless otherwise noted.