Rule Camelot and become its only ruling Queen.

Bring back magic to the land (both failed)

Morgana Pendragon, also known as Morgana, is the main antagonist of the BBC series, Merlin. She is the illegitimate daughter of Uther Pendragon and the half-sister of Arthur Pendragon and Morgause. Initially being an innocent ward of Uther who had spoken out against his actions on those who practice sorcery, she eventually discovered she had magic. At the start of Season 3 onwards, she became the main antagonist of the series. She is Merlin's former friend and arch-nemesis.

She was portrayed by Katie McGrath.

Morgana was shown to be a very powerful witch capable of performing feats such as telekinesis, mind control and necromancy. She also had the capability of seeing the future via prophetic dreams and was a skilled swordswoman though she preferred using magic in combat (as Morgana's swordswoman skills were ultimately inferior to her half-brother, Arthur's swordsman skills). After she turned evil she became skilled in torturing and even brainwashing people using both plants and creatures with magic properties (such as mandrake roots and the Fomorroh) and her own powers.

For all her infamous power, Morgana was vastly inferior to Emrys in terms of magic during the majority of the series. She was rendered almost catatonic with fear by the very sight of him in Season 4. In season 5, her magic grew in power that even Merlin called her's new strength frightening and it was said that it might equal Emrys' power one day (however, this is unknown because unlike Morgana; Emrys is half-human and half-magical creature of the old religion). Morgana had a high sense of self-preservation and was not above begging for her life and hiding behind others to achieve her ends. She was also quite able to charm and manipulate others, at first most of her former friends and later, when her true nature was discovered, present and possible future allies. 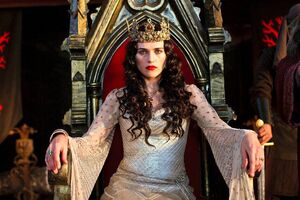 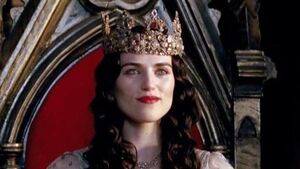 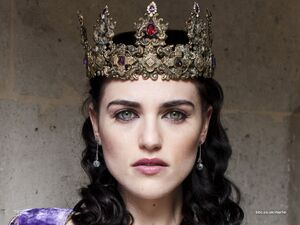 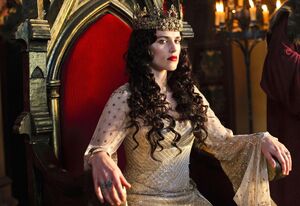 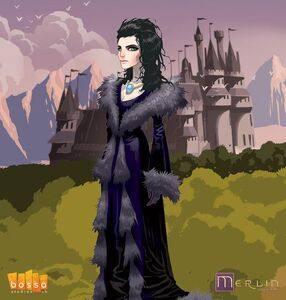 Moorgana as seen in Merlin The Game