Master of the Dread Realm

Watching people in Greedmore Valley killing each other

Take over the real and dream world (failed).

Mortamor is the main antagonist and final boss of the Super Famicom video game Dragon Quest VI, as well as its remakes. He is the master of the Four Dread Fiends, sending them to seal four strategic locations in the Dream World that he considered a threat for his desires. This demon was also the one responsible of terrorizing the Real World with monsters, because he yearned to conquer both worlds.

Mortamor is known by a few people who know him as the Archfiend, the supreme enemy of the Real and Dream Worlds and the master of the Dread Realm, a dimension of his own, set apart from the said worlds. It is unspecified how he or his realm came to be, but according to some NPC dialogue, it was a monster that became too greedy with power and fed on the woes, greed, and negative emotions of creatures. There are some unfortunate souls that ended in his world one way or another and are suffering by his diabolical schemes and tortured by its demon minions. The sages Benjamin and Isaac who represent probably the biggest threat to him, are among these people. Peggy Sue cannot transform into Pegasus while in this world.

Before the event of the game, Mortamor sent the Dreadfiends, Murdaw, Jamirus, Gracos and Dhuran to help him take over the Real World and Dream World. As for the Archfiend himself, he stays in his castle in the Dread Realm and rule it through tyranny. He ordered the Dreadfiends to seal Alltrades Abbey, Medford Palace, Sorceria and Cloudsgate Citadel away. In the Dread Realm, he has his underlings to Despairia to take away the people's power in it, which cause its habitants to live in despair, spreading false news about a treasure chest in Greedmore Valley that made its people to be consumed by greed.

After the defeat of Blackmar in Gallows Moor, Mortamor angrily cursed its habitants into either stones or dogs. The heroes soon went to the Archfiend's castle and combat him. After a tough battle, Mortamor is slain and the Dread Realm started to fall apart. And the heroes and the habitants in Dread Realm is able to escape.

Despite having multiple forms, they often resemble red demons. His first form is an old man with a long beard and a prominent forehead that wears purple robes, baggy yellow pants and uses two yellow spheres to attack and cast spells. His second form is a winged burly red demon with massive defense and strength. Finally, he will cast away that last body and break apart a dimensional wall to come out as his strongest form: A giant bearded demon-like head with purple hair circling his non-visible neck and a pair of disembodied claws that, judging by its entrance in the remakes, could have his body anchored in another dimension. 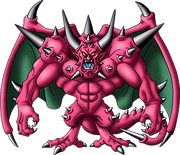 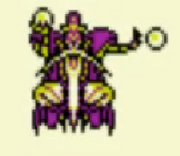 Mortamor in its third form in Dragon Quest Monsters Joker 2.

Mortamor in the Dragon Quest VI remake for the DS. 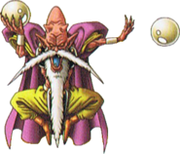 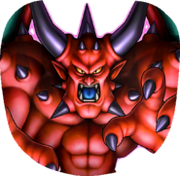 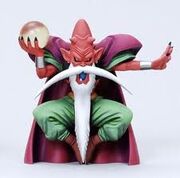 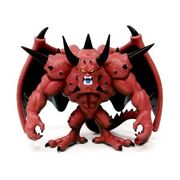 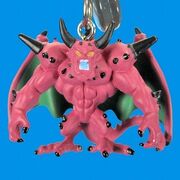 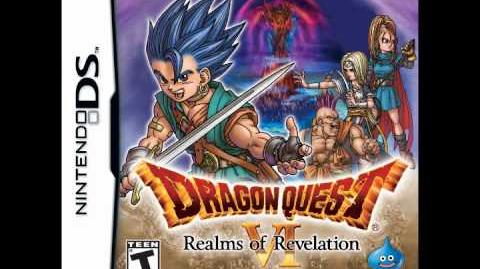