To destroy the world.

Morte Asherah (モルテ・アーシェラ) is the female protagonist of the anime, manga, and game series Sands of Destruction.

She was voiced by Maaya Sakamoto in the Japanese version, and by Luci Christian in the English version.

Morte is the in-universe villainess of the series. She is a member of World Destruction Committee alongside Kyrie and Taupi, and she is its initial member. Her parents have died when she was a child. She also has a younger brother. His name is Rene Asherah, and he has also died prior to the series.

Morte was once a vigilante. Alongside her brother, she joins a group of other vigilantes in order to fight the ferals and save humankind. But after her brother's death, the thought of the world is already can't be saved anymore was came to her. Causing her to think that the only way to save the world is by destroying it. 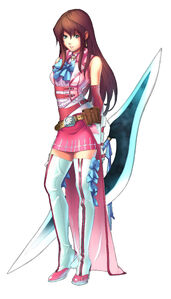 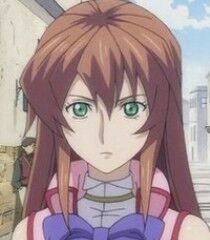 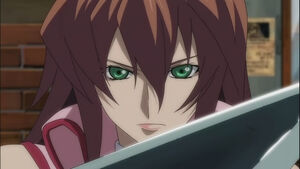