Drain the blood of humans and defeat Genos.

Mosquito Girl is a minor antagonist in the anime/manga One Punch Man. She is one Dr. Genus human experiments and is a member of the House of Evolution.

Mosquito Girl is a mutant crossbreed of a human and a mosquito, hence her name. She has the unique ability to control swarms of the insects to gather blood of nearby humans to heal herself from damage taken during a battle.

She is voiced by Miyuki Sawashiro in the Japanese version of the anime, and by Cristina Valenzuela in the English dubbed version.

Mosquito Girl is a tall and large woman and has the appearance of a humanoid mosquito due to being a crossbread between a human and a mosquito. Her body is very light, allowing her to fly, and her limbs have been enlarged and have clawed tips on them. Her biceps and shins are covered in long bristles and stripes which are akined to that of a mosquito. She has long hair and a human-like face but other than that, her head resembles that of a mosquito with a second pair of compound eyes, two antennas, and a large stinger on her head.

Mosquito Girl regards humans as her prey and feeds off of their blood despite being part human herself. She often takes joy in consuming human blood and draining a human into a fleshy skeleton. She views her mosquitos as children and acts maternally towards them often refering to them as "little ones". She is often arrogant, egocentric, and midly irritated even when she is on the losing end in a battle.

Mosquito Girl makes her first debut where she's responsible for a swarm of mosquitos that have been sweeping Z-City and draining the blood of countless people and even farm animals. She then unleashes her mosquitos who then drain a robber dry of his blood and she's then confronted by Genos and sends out her swarm only to have Genos burn them all with his cybernatic abilities. Mosquito Girl then flies straight right at Genos and dodges all of his attacks and tears off one of his arms only to have both her legs get torn off as well without her knowing. She then summons a large mass of mosquitos and drains the blood of numerous people, so she can regenerate her legs.

During the fight, Saitama arrives to kill a mosquito that had been bugging him since he woke up and he gets involved in the fight where Mosquito Girl lets out a huge blast which kills no one and burns of Saitama's cloths. She then transforms and almost kills Genos when Saitama intervenes and one-slaps her and kills her. 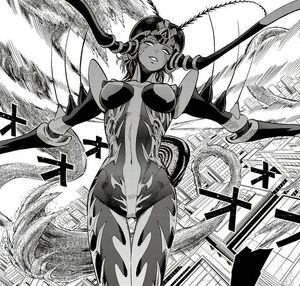 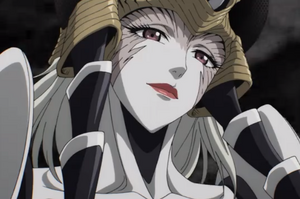 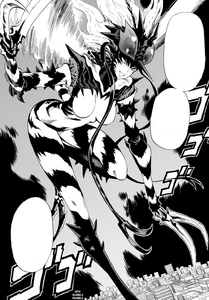 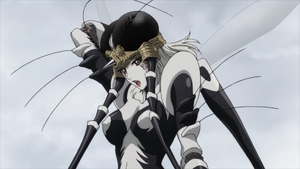 Mosquito Girl in the anime. 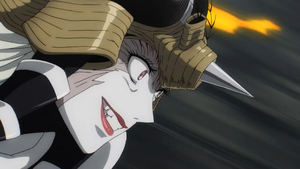 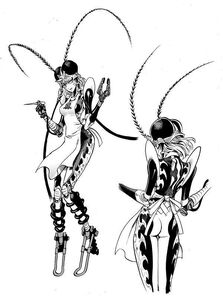 Mosquito Girl as a waitress.
Add a photo to this gallery

Retrieved from "https://villains.fandom.com/wiki/Mosquito_Girl?oldid=3240200"
Community content is available under CC-BY-SA unless otherwise noted.