Seeing blood flow from the lifeless bodies of his enemies.
Preying upon local shop owners.
Preying upon immigrants like himself.
Cannot be reasoned with.
Cannot be talked to without his permission first.
Having an insane temper.
Using local shops and businesses for money laundering and other criminal activities

Ensure his illegal activities are not disturbed

Kill Justin Miller and Ryan O'Malley (who disguised themselves as policemen).
Fight or kill anyone who gets in his way.
Take over the streets of Los Angeles (all failed).

Mossi Kasic is the main antagonist (behind Detective Brolin) of the 2014 cop buddy comedy film Let's Be Cops. He is a deadly fighter turned crime lord.

He was portrayed by James D'Arcy, who also played Father Francis in The Exorcist: The Beginning (the prequel to the 1973 cult classic supernatural horror film The Exorcist).

Mossi Kasic himself is a Albanian-American criminal who runs a crew of thugs and preys upon local shop owners and immigrants like himself. He muscles in, takes co-ownership of the local businesses and uses them for money laundering and other illegal activities. He also is being described as an animal; vicious, wild, predatory and merciless. He cannot be reasoned with or talked to without his say-so first. He also has an insane temper and can snap at anytime, even at the smallest moment. He is prone to violence. Above all, he loves to battle, and he lives for the thrill of the fight. He even once trained as a former MMA fighter before. He now operates in a club called Tirana Club in Los Angeles, California, where he throws parties and hosts fights, and ironically three people die every time he throws a party.

Later, two long-time pals from Ohio, Justin Miller (a reject video game designer) and Ryan O'Malley (a washed-up college football quarterback), recall a pact they once made while now living in Los Angeles: if they had not "made it" in LA by the time they reached the age of 30, they would head back to their Ohio hometown. While exiting a bar, their car is hit by a vehicle full of Albanian thugs with the mob boss Mossi sitting in the back with two women, who intimidate them into doing nothing.

Later, Ryan convinces him to use the police uniforms from his presentation as costumes for their college reunion party. Upon attending, both are confronted with their failures and mutually accept to honor their pact. As they walk home, they are treated like real cops and decide to enjoy the gag. It allows Justin to finally get the attention of Josie, a waitress to whom he is attracted and who works at a local diner, Georgie's. Ryan decides to take the hoax further than one night. He learns official procedures and buys a used police cruiser, modifying it to resemble the genuine article. Although reluctant, Justin agrees to continue the charade, and through it begins a relationship with Josie. Ryan gets revenge on the Albanians who hit his car, unaware that they are mobsters blackmailing the owner of Georgie's. During their many shenanigans, Ryan and Justin end up on a real distress call with Patrol Officer Segars. The experience shakes Justin, who realizes they face serious jail time if exposed. He tries to “retire,” but gets a phone call from Josie about a man frequently harassing her at work. It turns out to be Mossi Kasic. Once more, the pair are intimidated into doing nothing, this time by Mossi himself who warns them to back off or there will be trouble.

With the information received from Segars, Ryan obtains surveillance equipment to gather evidence in order to put Mossi away, along with an unidentified partner who has been investigating the pair. Ryan convinces Justin to do an undercover operation to obtain information on an incriminating shipment of crates. During the mission, they obtain information from a Dominican low-level criminal and truck driver named Pupa. Later, they discover the crates are full of SWAT equipment, along with secret tunnels in which they are shipped that run between Mossi's club and Georgie's restaurant. This necessitates the acquisition of the restaurant, explaining the blackmail. After a few close encounters, they barely escape. Fed up, Justin insists on mailing the evidence anonymously, but Ryan, finding purpose in his life again, is set on delivering it personally. They fight, and part ways.

Ryan brings his evidence to Segars, who recommends it go to the highest authority, which is Detective Brolin. Unfortunately, Brolin is actually Mossi's boss and partner. After instantly recognizing each other, Ryan makes it out of the station, but his sudden threat has blown their cover. Meanwhile, Justin decides to man up and, in uniform, assertively pitches his game again. One of Brolin's officers shows up to try and kill him, inadvertently helping to sell the pitch. Ryan is abducted, and Mossi sends a threatening message to Justin. Overwhelmed, Justin pleads to Segars for help after admitting everything. He also confesses to Josie, which he had made previous attempts to do, and she disgustedly leaves him.

Justin goes into the tunnels alone while Ryan pits Mossi and Brolin against each other, prompting Mossi to shoot and kill the detective. Justin attempts to save his friend, but is overpowered. Segars arrives, causing Mossi and his crew to retreat. Segars admonishes the duo for their deception and orders them to leave before going after the mobsters without waiting for backup. Ryan and Justin agree they cannot abandon him, and suit up with the SWAT equipment. They save Segars, but he becomes incapacitated. The pair then face Mossi alone, during which the two reconcile. Ryan and Mossi fight; seeing that Mossi is overpowering Ryan, Justin tries to point the gun but instead he shoots Ryan by accident. Justin tries to shoot Mossi but is out of bullets. As Mossi smiles and begins walking over to Justin, Justin uses the gun ready to hit Mossi but instead, luckily, Segars shows up and shoots Mossi in the back of the chest, presumably killing or just greatly injuring him. In an interview with Officer Segars, Mossi and his thugs are now apprehended and imprisoned. This is why Mossi's fate is unclear. 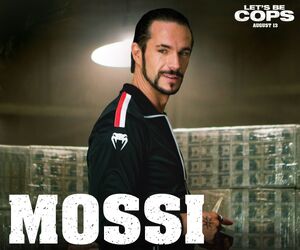 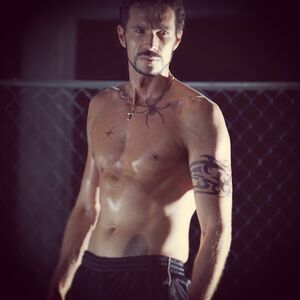 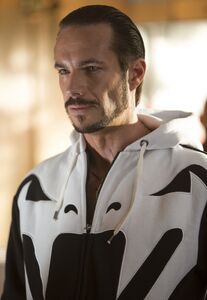 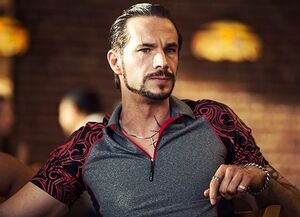 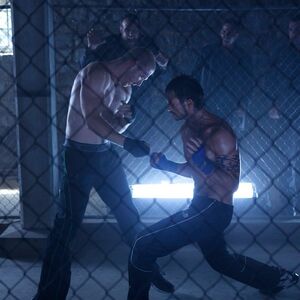 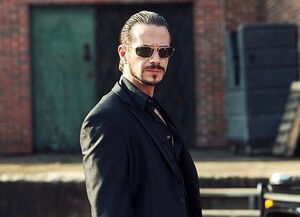 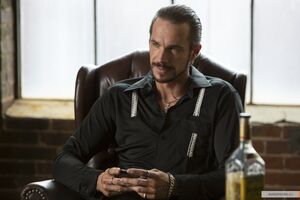 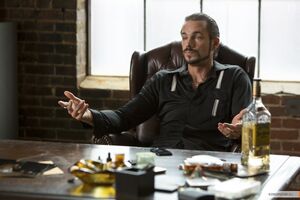 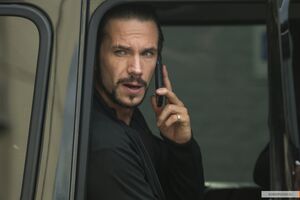 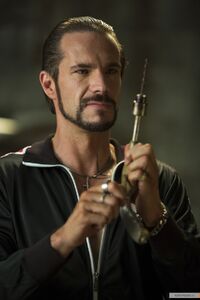 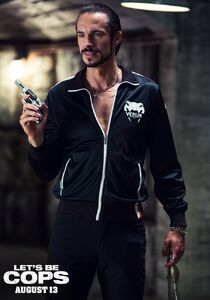 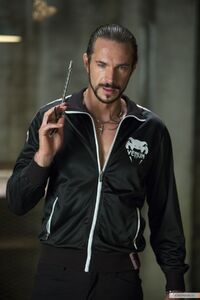 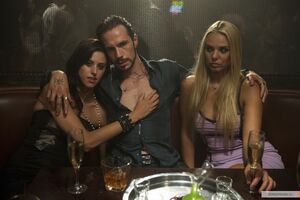 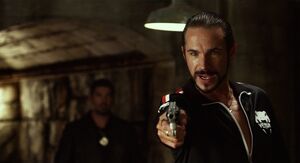 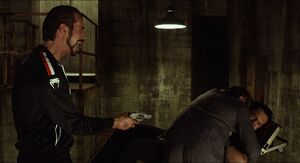 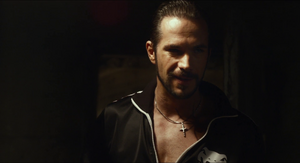 Mossi walks slowly to find Justin and Ryan.
Add a photo to this gallery

Retrieved from "https://villains.fandom.com/wiki/Mossi_Kasic?oldid=4052483"
Community content is available under CC-BY-SA unless otherwise noted.