Help Shao Kahn conquer Earthrealm and later turn his race back into centaurs.

He was portrayed by Deron McBee in Mortal Kombat: Annihilation.

Motaro was brought to Earthrealm by Shao Kahn after he invaded Earthrealm. The warlord had begun to favor the Centaurians over the Shokan and had helped the former to subjugate the latter. After Kahn formed his extermination squads, Motaro was named as leader of this group of warriors. After Kano's defeat at the hands of Sonya Blade, the Centaurian captured and imprisoned him to await punishment for his failure. However he was defeated by Sheeva, who freed Kano.

Motaro returned in Armageddon, where his race had been transformed into bipedal versions of themselves known as Minotaurs by a curse placed on the Centaurs by the Shokan. In his ending, he defeated Blaze and the firespawn's fire enveloped him. As the flames vanish, Motaro realized that he is on four legs once more, the Shokan's curse lifted. He then swore vengeance on the Shokan for their treachery.

In the alternate timeline, Motaro was a minion of Shao Kahn. Motaro made very brief cameos in Mortal Kombat 9. During the invasion, both Stryker and Raiden spotted Motaro fighting Johnny Cage. Raiden suddenly saw a vision of the future showing Mortaro and Johnny Cage fighting each other and resulting in Cage's death. To prevent Motaro killing Johnny Cage, Raiden intervenes in the fight, killing Motaro. After his death, Sindel joined the invasion and try to finish what Motaro started.

Like most of the bosses from the earlier Mortal Kombat games (Goro, Kintaro, and Shao Kahn), Motaro is not a playable character. However, unlike those other bosses from previous games, Motaro cannot be fought in either the Story Mode or Arcade Ladder.

Motaro appears in the movie Mortal Kombat Legends: Scorpion's Revenge as a minor antagonist. He is one of the Outworld monsters that Kano releases for Johnny Cage and Sonya Blade to beat up.

Motaro appears in the 1997 movie Mortal Kombat: Annihilation as a major antagonist. He is Shao Khan's strongest warrior and fights Jax towards the end of the film. Even though Motaro initially has the upper hand, Jax removes his metal arms and defeats him.

Motaro possesses superhuman strength. especially in his lower body. His horse half allows him to run at incredible speeds and he possesses a powerful metallic tail that is razor sharp and that he can fire energy blasts out of. Motaro is also utterly immune to projectile attacks, reflecting them right back at his opponent. He can also teleport and smash his opponent from behind. In Armageddon, Motaro lost a number of his more powerful abilities, such as his reflection powers. 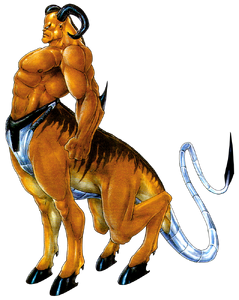 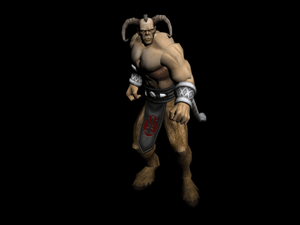 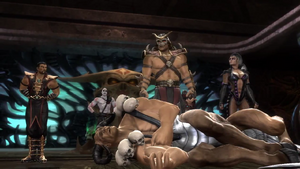 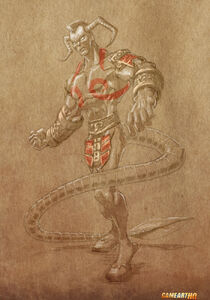 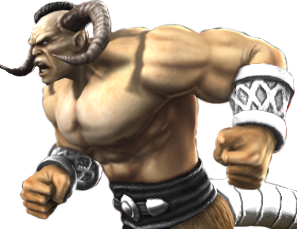 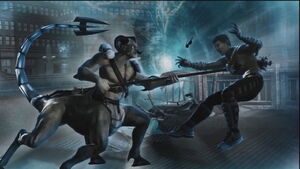 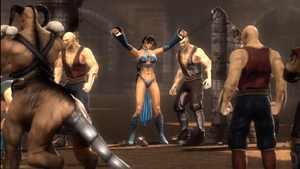 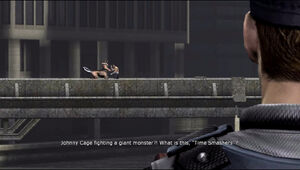 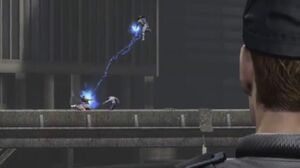 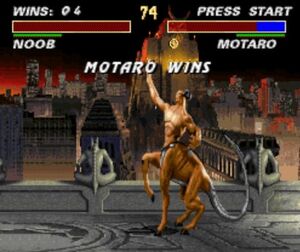 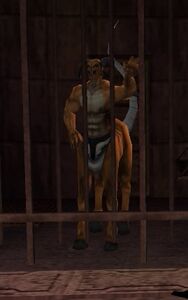 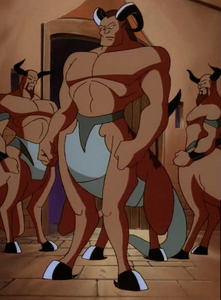