Leader of The Trinity

Using the Skull Heart for discord.

Take her position as a primary deity.

Avenge the death of their daughters and destroy the world.

Mother is a deity and relligous figure in "Canopy Kingdom" and central villain of fighting game Skullgirls. It was they who created the Skull Heart and use the Skullgirl to destroy the world. Why they want this is unknown. The goddesses can control various timelines, but, despite their strength, there is a single thread of destiny for all that they cannot influence.

Mother, the goddess of time and space, is a god of "life and death" that Mother who took half the figure of the skull. The identity and other details about the Mother are unknown. Perhaps her real name is Lamia.

In exchange for wishes, when creating a skullgirl, when it became a "complete skullgirl" it will be Mother 's reign of this world, Trinity Mother will come down to this world. That may be the purpose.

It took a long time to wait for a complete Skullgirl conformer, but it was double that the two gods who had been out of numbness sent to this world to find a more likely fitting body.

Goddesses do not live on Earth, but in some unknown, distorted world or dimension. Thousands of years ago, mother and daughters came to earth at some point without specifying, but it is known that they went to ancient Egypt (whose reign was erased from the map completely). The Mother founded the sect they called The Trinity, were worshiped by the humans, who give them fervor close with sculptures, altars, testaments, preaching among other religious links to his monument.

In his cult, so request the help of his own extension, whom named as Double, the shapeshifter, had the full confidence of her reign to Neferu, her adviser, which has faithfully served her for a long time, but that would drastically change the tempting offer of a Theon, to which she joined her as such betray their leaders by power, so be uncontainable and for that had to dethrone them from their pedestal. Bewildered, Mother barely heard about the murder of her daughters caused by Neferu, she would make him pay for what he did to them and that is how it was when the great war began; among the followers of the Queen Lamia against the reinforcements of Neferu.

There was no abstinence when such a war was over, for the relentless rage of a Mother gave no respite to the heresy of her adversary. The rest of the world, was reduced to rubble and the situation would be even more serious if this continued. Mother had sent to defeat Neferu, a tenacious warrior at his service, she also had a parasite, and although the battle seemed to be a match for both, only one was victorious, since Neferu ended with Delilah's life.

When the war was about to end, Mother lost track of Neferu and her Theon; condemning a large part of humanity for all that came against him. Orderer to Double her continue with the search for the traitor, nor to leave unpunished the plan to transmit her ideals to those who follow The Trinitism, and what concerns those who do not follow it, who suffer with the fall of their own environment in the world, until today.

Her somber appearance was shown on the wall of her daughters' room while Skullgirls played, the two are informed that dinner is ready. She tells them to stop playing their videogames and go down to eat before dinner gets cold. Aeon tells him to give him a second so he could save the game's departure. 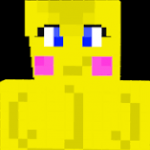