When young Billy Chapman is sent to his room as punishment for drawing violent drawings in class, Sister Margret, one of the nuns under Mother Superior's authority, tries to defend Billy, saying that his behavior is a result of his parent's murder around Christmas time by a man dressed as Santa Claus. Mother Superior ridicules her and says that she will take care of Billy's problem behavior 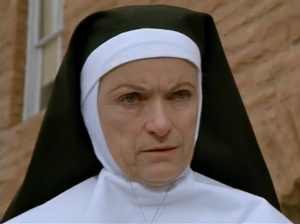 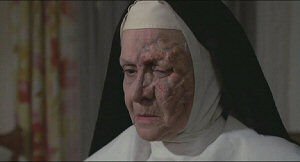 Mother Superior, after her stroke