VeggieTales: Larry-Boy and the Rumor Weed

The Mother Weed is the titular main antagonist of the VeggieTales animated film Larry-Boy and the Rumor Weed. She is a giant, mutated weed who grows more powerful by feeding off of rumors, and seeks to destroy Bublyburg by using a rumor about the citizen named Alfred.

She was voiced by Gail Bock.

The Rumor Weed was once a normal houseplant until Larry-Boy accidentally knocked it onto a telephone wire. The plant was mutated by the electric energy running through the wire, which happened to be being used to relay gossip and rumors. The Mother Weed began to grow, sprouted separate Rumor Weeds all over the entire town of Bumblyburg. One of these Rumor Weeds overheard Junior Asparagus and Laura Carrot talking to themselves about a citizen named Alfred, who they believed to be a robot due to a misunderstanding. The Rumor Weed demands to know their secret and they tell her. She lies and says that she won't let anyone else know, as she is rooted to the ground and cannot move. However, the story is also heard by the other weeds and the Mother Weed.

The Rumor Weeds begin to amplify the rumor by telling others, and add new details that they come across such as Alfred having laser eyes and being set to take over the world. These weeds use the energy from the rumors to make the Mother Weed grow, who in turn sprouts more Rumor Weeds. The mayor becomes concerned about the weeds and contacts Larry-Boy for help, but the weeds are seemingly indestructible. He manages to scan their genetic code and return to Alfred with the data.

Upon reviewing the Weeds' genetics, Alfred discovers that they do not photosynthesis, but rather draw their energy from negative rumors. He warns that the Weeds are powerful enough to destroy sidewalks and smash through walls, and that if the energy continues to spread, the town will be destroyed. They discover that all the weeds are connected via the Mother Weed in the sewer system, and Larry-Boy goes to stop it.

However, upon getting to the sewer, the Mother Weed proves to be much larger and more powerful than thought. She mocks Larry-Boy and beats him while another weed watches. Alfred tries to get help, but no one will help him due to his tarnished reputation. With tensions rising to a peak, the Mother Weed burst from the ground, ensnaring the town in her vines and wrapping around city hall. She captures Alfred, and prepares to destroy the town. However, Junior and Laura learn the error of their action and come clean, causing the town to realize the truth. With each nice thing said about Alfred, a Rumor Weed dies by turning into a flower. The town all realize they were wrong and admit Alfred is a kind man, and the Mother Weed and all the Rumor Weeds turn into flowers.

The Mother Weed is sadistic and cruel individual who takes delight in causing pain to others, whether it be through the rumors she spreads or physically attacking. She uses her enormous strength and nigh-indestructibility to beat foes, smash through streets and buildings, and cause chaos. She is also shown to be very manipulative, and can stretch a small story into a big rumor that goes so far as to destroy the person's reputation. 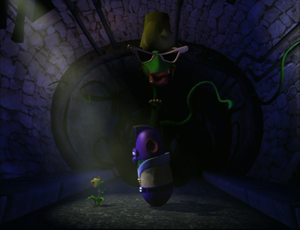 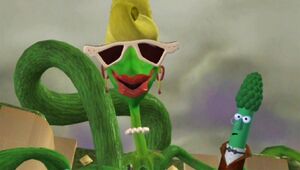 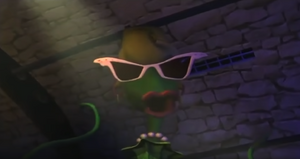 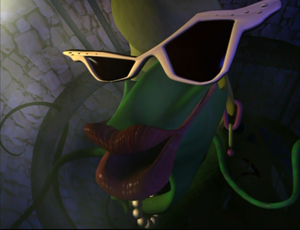 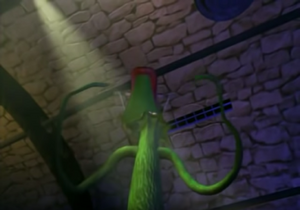 The Mother Weed's Evil Laugh
Add a photo to this gallery 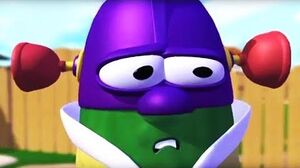 Retrieved from "https://villains.fandom.com/wiki/Mother_Weed?oldid=4052457"
Community content is available under CC-BY-SA unless otherwise noted.