Hide itself from the public (possibly succeeded).

Enigmatic Monster
The Mothman is a strange, flying cryptid that has been sighted numerous times, most often before a disaster strikes the area of the sighting. It is described as tall, with large moth or bat-like or owl-likewings, no neck, and large red-glowing eyes. It is sometimes described as being human-like in shape, and sometimes bird-like.

The Mothman was first sighted in Point Pleasant, West Virginia, from November 12, 1966, to December 15, 1967. It was said to have chased a couples' car, flying at speeds exceeding ten mph.

It was seen and heard several other times during the next months, and was described similarly each time. Sightings continued until the tragic collapse of the Silver Bridge in the area.

After that, the Mothman mysteriously disappeared. The Mothman has been sighted many times since then in other places around the globe, always before a catastrophic and destructive disaster strikes.

There are a few theories on what Mothman really is. Some suggest that it is a paranormal creature, such as an alien or a demon. Others say that it is simply a misidentified or unknown species of bird. Some also suggest that the Mothman was either trying to warn the townspeople about the Silver Bridge collapsing or was the cause of the event. Although some say the Mothman had no involvement at all and its appearance at the time was purely coincidental.

The Mothman was named by a newspaper reporter after a villain from the current Batman TV show; possibly Killer Moth.

Mothmen in Fallout 76 appear to be moths mutated by radiation, giving them paranormal abilities such as teleportation. They even have a fanatic cult dedicated to them. 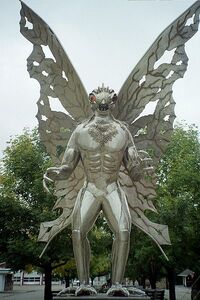 A statue of the Mothman located in Point Pleasant, West Virginia. 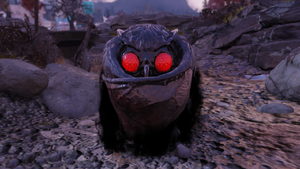 A Mothman in Fallout 76. 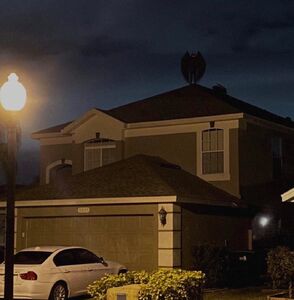 Mothman standing on a roof. 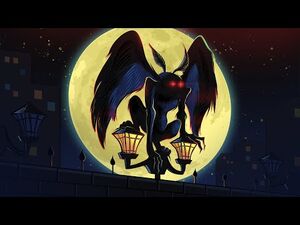