Get every person in the world addicted to drugs.

Frankie LiDeo, also known as Mr. Big, is the main antagonist in Michael Jackson's Moonwalker movie. He is an evil drug lord with a disciplined private army at his command. He wants to get the entire population of Earth addicted to drugs, starting with children as he believes a younger customer always turns into a loyal customer. He likes to eat nuts and leaves nutshells wherever he goes. LiDeo's main character theme is spiders. At the entrance of his lair, there is an abundance of tarantulas with webs. The spiders even crawl around in LiDeo's lair. His drug-dealing operation is called "Bugs and Drugs," which displays his globe of the world, and the spiders on it represent which country has reached success. Further, all his men sport a spider crest on their uniform.

He was portrayed by Joe Pesci, who also plays Harry in the Home Alone films, Frankie Monaldi in Once Upon a Time In America, Tommy DeVito in Goodfellas, Nicky Santoro in Casino, and Ronald Grump in Sesame Street.

According to a flashback, LiDeo's plan involves setting his henchmen around schools and playgrounds to trick younger kids into doing drugs, thus gaining a place on criminal charts and history books around the world as the most powerful drug dealer in the world. After Michael and his friend Katie find his hideout and hear his plan, Katie lets out a scream after looking at one of the many spiders LiDeo has in his lair, causing him to notice them and send his thugs after them. When the flashback ends, it points out that Mr. Big was chasing Michael since that day. He sends his army after him in the city, but Michael's wishing star turns him into a car, enabling him to escape. He changes back in an alley and enters an abandoned club called "Club 30", the kids watching in the background as he dances with the suddenly full club to the tune of "Smooth Criminal". However, Mr. Big locates him and kidnaps Katie, forcing Michael to chase him into his hideout. Michael uses his wishing star to turn into a robot and destroys the whole fortress. He then turns into some kind of starship to escape, but LiDeo suddenly shows up in a giant laser cannon and starts to shoot him, but even with the giant weapon, Michael manages to shoot the laser's core, destroying the machine and LiDeo in the process, ending his villainous scheme once and for all.

While Mr. Big was not physically present in the Smooth Criminal version of This is It, his henchmen are seen attacking Michael during the segment. Oddly, the segment takes place in the 40s, while Moonwalker took place in the then-present day (the 80s).

Mr. Big appears as the main antagonist and final boss in the movie-based video games.

Mr. Big is an abusive, deranged and sadistic man who only cares for his drug empire and is willing to destroy anyone who stands in his way. He has an unnatural obsession with spiders and nuts, as he is usually seen throwing nutshells in the ground wherever he passes. Also, whenever he screams or gives commands, he does so in a completely over-the-top way, usually making him look a little too cliché, but still threatening in overall. As seen in the flashback which introduces his shady operations, his glare is cold and cruel enough to intimidate and freeze in fear (possibly in a Hitler-esque soul-piercing manner) a menacing Rottweiler dog who dared to bark at him and break his concentration on his drug schemes. 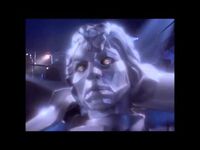 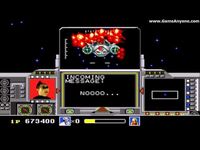