He was voiced by Matt Lucas, who also played Mr. Blut in Polar, Charlie in the UK version of The Queen's Corgi, Otto Hill in The Harry Hill Movie, Aleister Crowley in DC's Legends of Tomorrow and Chancellor Donold David Dongalor in Kröd Mändoon and the Flaming Sword of Fire.

In the beginning of the film, he is seen going along with everything Lord Piggot-Dunceby says, even letting him point a gun at his head and use him like a stepping-stool. After Piggot-Dunceby’s conversation with Sir Lionel Frost, he walked him to his car and discussed what they were going to do. Piggot-Dunceby told him that he was going to get an assassin to murder him, which Collick menacingly agreed to.

He is later seen rushing in with a telegram from assassin Willard Stenk letting Piggot-Dunceby know that everything was true. Piggot-Dunceby became outraged and demanded Stenk be written back and told to stay on their trail.

After Stenk failed for the second time, Collick and Piggot-Dunceby are seen at the loading zone for the ship he was on, Piggot-Dunceby was throwing a tantrum because of Stenks failure. After his tantrum ended and he walked away, Collick told him that all things considered that interaction went really well.

Piggot-Dunceby, Stenk, and Collick followed the team to the mountains. Stenk threatened Gamu, an old lady, with a gun to get her to talk, but Piggot-Dunceby and Collick smiled maniacally and told him to threaten her infant great-grandchild instead.

He is last seen on an ice bridge with Piggot-Dunceby and Stenk confronting Susan, Sir Lionel and Adelina. Sir Lionel revealed he no longer wanted to be apart of Piggot-Dunceby's Society, which caused him to throw another tantrum and come to the conclusion that he needed to destroy the bridge. During his fit of anger he didn't seem to stop and realize that he should have done so while he wasn't on it, because he fell through to his death. Collick tried to run to the other side but was too slow, so he also fell to his demise.

He appears to be a slim Caucasian man dressed in old-timey clothing, brown hair with a balding spot at the top of his head, and a pair of glasses. His attire consists of a grey vest with a white napkin in it, a grey vest, grey pants, and a pair of grey shoes.

Collick is a blindly loyal, submissive servant, so submissive in fact that he is willing to tolerate violence. He lets Piggot-Dunceby push him around, yell at him, and treat him like a toy. No matter his tone, Collick always looks on at him with a sweet smile and speaks to him in a calm voice, seemingly unfazed by the abuse that he's enduring, though he can feel extremely neurotic to it.

Whilst not openly sadistic like his comrades, Collick will aid and abet despicable behavior for his job. He smiles menacingly whenever there is conversation about murder or threat of murder. 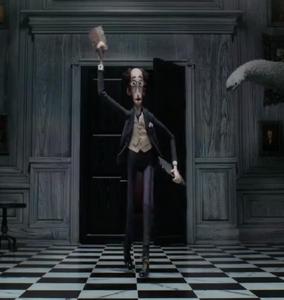 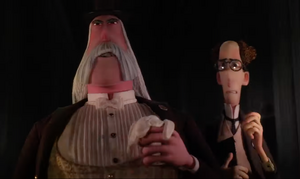 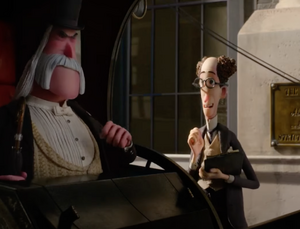 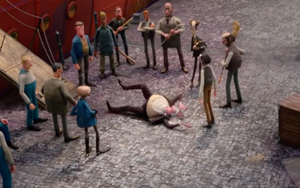 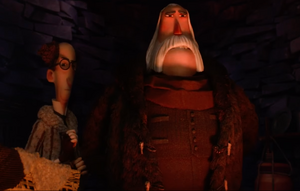 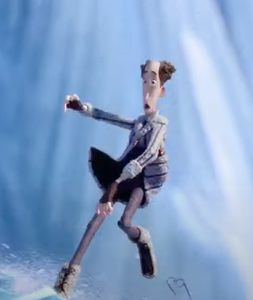