Kill Crash before he finds the forbidden treasure.

Mr. Crumb was a miserly, friendless and selfish old man with a big mansion hiding a huge treasure. His estate is rumored to be full of ghosts, restlessly wandering the mansion grounds, causing trouble to any who dare come there. Some say Crumb made an evil deal on his deathbed to awake the ghosts to guard his gold. He was so selfish that at the last, his unholy spirit would remain on Earth and keep the hoard safe forever. It is said the undead have risen from their graves and walk the night. Zombies break from their ancient underground crypts and search for souls. Spirits of the forest make the woods impassable. And the ghost of Mr. Crumb himself walks the dusty halls of his mansion hideaway.

Crash, tempted by the allure of "forbidden treasure" and the rumors surrounding the mansion being haunted, dares to enter Mr. Crumb's mansion to try and collect it. Along the way, he finds himself up against Mr. Crumb and his undead army.

Mr. Crumb is very miserly and scurvy. He never had any friends and never intended to have any. What was important to him was his immense treasure that he would protect until death and beyond. He is also very vain and evil, so much so that he comes to terms with supernatural beings to achieve his goals. The character doesn't have a voice in the game, as he only has the audio file of a scream when he gets hit. But according to an interview with a developer, Mr. Crumb would have a Scottish accent. 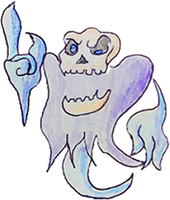 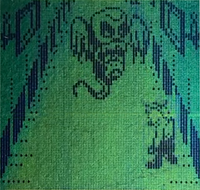 Mr. Crumb Animated
Add a photo to this gallery

Retrieved from "https://villains.fandom.com/wiki/Mr._Crumb?oldid=4207037"
Community content is available under CC-BY-SA unless otherwise noted.