The Adventures of Sharkboy and Lavagirl

Hunting down his enemies.

Make sure Max makes friends, but not with his daughter.

Mr. Electricidad, also better known by his supervillain name Mr. Electric, is the main antagonist of The Adventures of Sharkboy and Lavagirl. He is Max's school teacher in real life. As Mr. Electric, he was the former electrician of Planet Drool, Max's arch-nemesis, and Minus' former henchman.

He was portrayed by George Lopez, who also played Glaze in The Spy Next Door and Pablo in Cats & Dogs 3: Paws Unite!.

Though nice and caring of his students (especially Max and Marissa), Mr. Electricidad is sometimes intolerant of active imagination. In his school, he wanted Max to make friends, but not with his daughter. And he is very hurt when he discovered Max envisioned him as a villain.

As Mr. Electric, he turned evil and began to run Planet Drool with an iron fist. Mr. Electric has a sense of humor (though a bad one), manifest in puns related mostly to electricity. For example, his challenge to Sharkboy is followed by a companionable "Watts up?". Later, during the final battle, he shouts, "Charge!" as he emerges from the tornado, indicating both an electric surge of power and an advance into battle.

The next day, a tornado rages outside the school, and moments later, Sharkboy and Lavagirl appear and ask Max to come with them to Planet Drool. They reach Planet Drool via a shark-like spacecraft, where Max learns that the dreamworld is turning bad, courtesy of Mr. Electric, originally the dreamworld's electrician but now corrupted.

Sharkboy and Lavagirl save some children from an out-of-control roller coaster called "Mount Neverrest" within the dreamy mountain's namesake amusement park. Then with Max, they confront Mr. Electric, who quickly drops them in a part of Planet Drool called the Dream Graveyard, where some of Max's dreams have been dumped. They find Tobor, a robot toy that was never finished being built by Max, but offers them a lift to other parts of the planet (in which they ride on his eyes and mouth since he can't move the rest of his body parts).

Whilst on the journey, the three form a friendship but they face hardships, such as Sharkboy's anger for the oceans being frozen over, and Lavagirl's desperation to find her true purpose on Planet Drool. They are pursued by Mr. Electric and his "plughounds" across the planet. They plan to visit the Ice Princess and obtain the Crystal Heart, which can freeze time, giving them enough time to get to the center of Planet Drool and fix the dreamworld using Max's daydreaming. However, they are captured by Mr. Electric and delivered to Linus's Planet Drool incarnation Minus, who has altered the dreamworld with Max's own Dream Journal and traps the three in a cage.

Sharkboy gets annoyed by Lalas and has a shark frenzy, destroying the cage. Max retrieves the Dream Journal from Minus while he is sleeping, after the three escape. Max informs Sharkboy that his father is alive in his book, but when Lavagirl wishes to find out what it says about her true identity, she burns the book to ash. In rage, Lavagirl asks him why she was made out of lava, but Sharkboy tells Max to let her cool down.

With little time left, Max, Sharkboy and Lavagirl reach the Ice Princess, the Planet Drool incarnation of Marissa Electricidad (Sasha Pieterse), after an encounter with the Ice Guardian (voiced by George Lopez). She hands over the Crystal Heart, but they find they are too late to stop the corruption since the ice princess is the only one who can use the Crystal Heart's power and she cannot leave her home. Mr. Electric fools Sharkboy into jumping into water filled with electric eels, seemingly killing him. Lavagirl jumps into the water to retrieve Sharkboy but dies moments later.

Tobor's face appears and convinces Max to dream a better and unselfish dream, which in turn revives Sharkboy, who then races Lavagirl to a volcano where she too is revived. Max witnesses her revival and concludes that her purpose is as a light against the dark clouds which have slowly engulfed Planet Drool's skies. Max gains reality warping as the Daydreamer and battles Linus/Minus, defeating him, and offering to make a better dreamworld between the two of them, which Minus agrees to.

Mr. Electric refuses to accept the new dreamworld, and flies off to Earth to kill Max while he is dreaming. Max awakens back in his classroom in the middle of the storm. Mr. Electric materializes before Max and an astonished Mr. Electricidad. Max's parents get sucked into the storm, but are saved by Sharkboy and Lavagirl. Max gives the Crystal Heart to Marissa, allowing her to gain the Ice Princess's powers, which she uses to freeze and destroy Mr. Electric.  Mr. Electricidad, Linus and Max all make peace with one another, and Max is reunited with his parents. 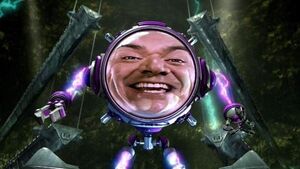 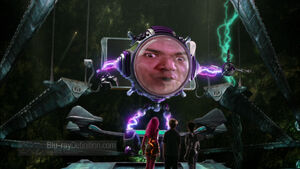 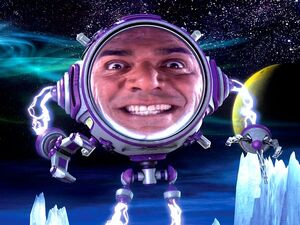 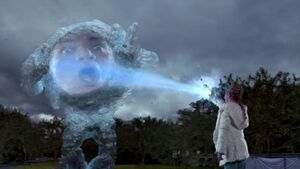