Member of the Fantastic Four

Infect the rest of the Fantastic Four (succeeded).

Devour as many living individuals as possible.

Reed Richards, better known as Mr. Fantastic, is a major villain in the Marvel Zombies comic series. Reed, along with almost every other hero and villain became a flesh eating zombie after Sentry of Earth-91126 came on their dimension.

In Dead Days, Reed is first seen mourning the death of his children, who were killed by a zombie She-Hulk. Although Sue killed her, their children, Franklin and Valeria were gone. This caused disaster later on.

Reed is next seen helping Thor and Nova against some infected. The FF, Thor and Nova then arrived at the SHIELD Helicarrier, where Fury explained to the uninfected what was occurring. He also told Reed, Tony Stark, and Bruce Banner to make a cure. Unfortunately, Stark made the mistake of trusting Reed and Banner to work alone, leading to yet more danger.

Reed is then seen admiring a zombie that Magneto killed earlier and telling Sue that the zombies were advanced life forms.

After the resistance has fallen so much, Reed tells the FF he infected them when they entered his lab. When they infect him, he reveals he has gone insane. He and his team then infect the remaining heroes and kill Fury, ending the resistance.

With his craftiness, Reed and the FF escape imprisonment and try bringing Hulk and Thor to Earth 1610, unaware Thor was killed by this point. in the end Reed and his team are killed by Dr. Doom and are dumped back in the streets of their own dimension. 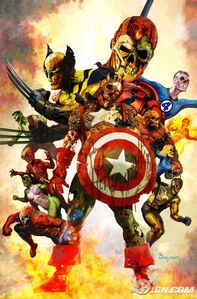 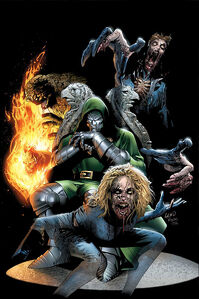 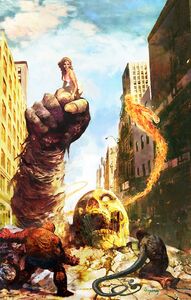 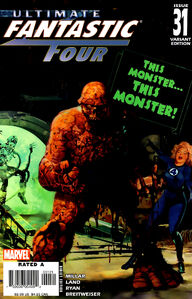 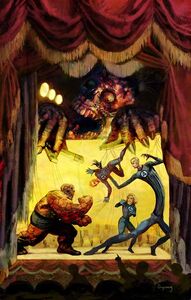 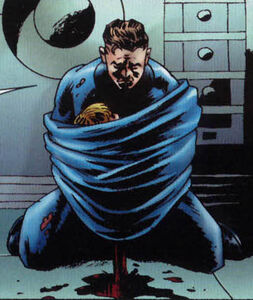 Reed mourning for his children. 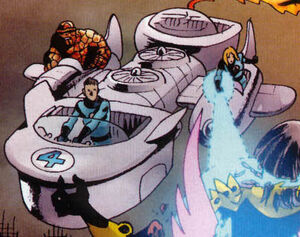 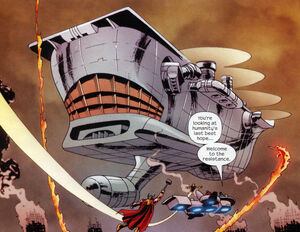 The Fantastic Four, Thor and Nova heading to the S.H.I.E.L.D. Helicarrier. 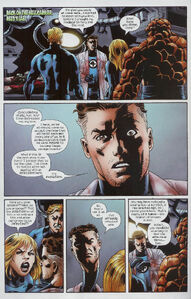 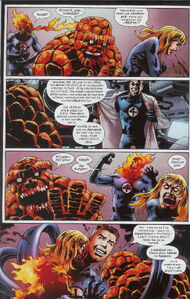 Reed infecting his loved ones with the plague. 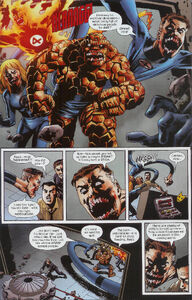 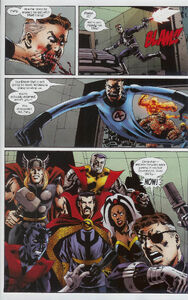 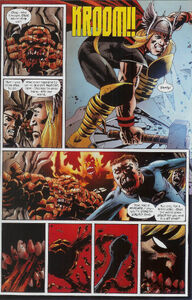 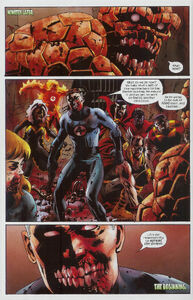 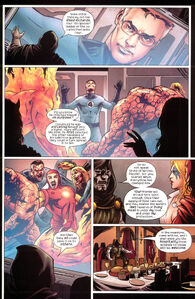 Doom showing Scarlet Witch and Dazzler what happen to the Fantastic Four. 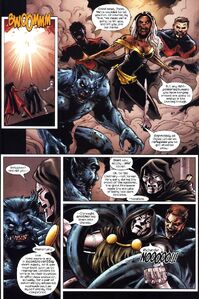 Reed and the other infected heroes invading Doom's castle. 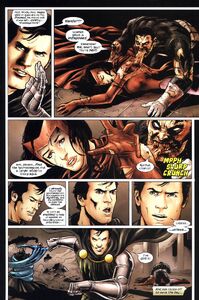 Reed seen in the back capturing Doom. 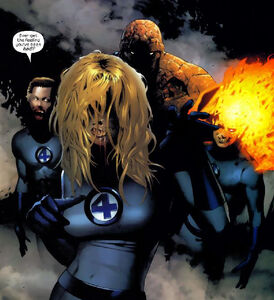 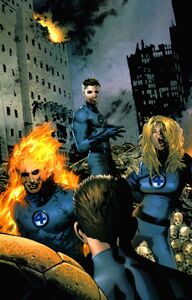 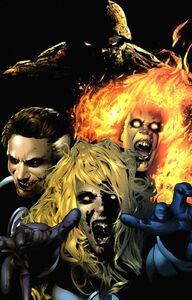 The Fantastic Four arriving on Earth-1610. 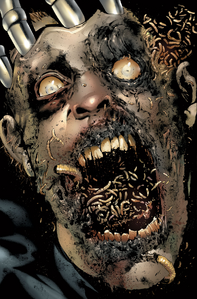 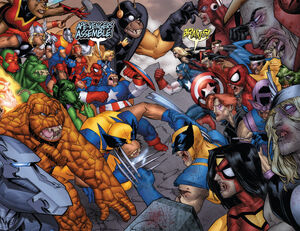 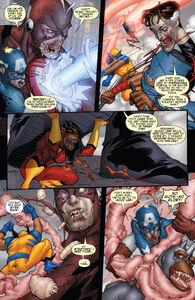