Mr. Fixx is the secondary antagonist of Batman Beyond: The Movie (better known as Rebirth).

He is a grunt working for Derek Powers in the Batman Beyond animated series, in the DC Animated Universe. Mr. Fixx was Powers' trusted servant, both as his chauffeur and as muscle.

He was voiced by the famous actor George Takei.

Mr. Fixx first appeared when he was sent to capture Harry Tully, who had been infected with the viral mutagen that Wayne-Powers was developing.

Upon finding that Tully had given a disc of sensitive data relating to the mutagen to Warren McGinnis, Fixx, on Powers' orders, murdered Warren and sprayed graffiti on Warren's house to make it look like the Jokerz had broken into Warren's house and attempted to retrieve the disc, which Warren had secretly given to his son Terry.

Whilst supervising the shipment of canisters of the virus to Vilmos Egans, Fixx was confronted by the new Batman, who unbeknownst to Fixx was Terry McGinnis, and took off in the hovercraft loaded with the cargo. Batman broke into the hovercraft, and he and Fixx struggled, with Fixx mocking this new Batman's intent to carry on the Batman tradition. Batman prevailed, and Fixx was knocked into the hovercraft's controls. Fixx was killed when the ship crashed into Gotham Bay, also avenging Warren's death. 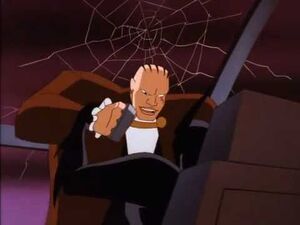 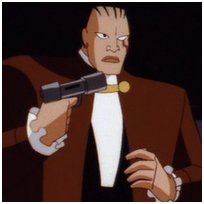 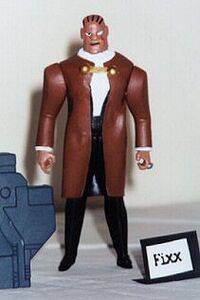 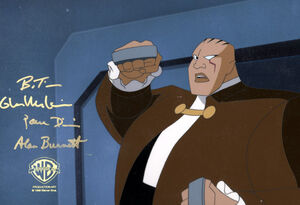 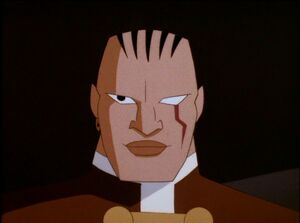 Retrieved from "https://villains.fandom.com/wiki/Mr._Fixx?oldid=3227910"
Community content is available under CC-BY-SA unless otherwise noted.