Mr. Hyde is one of the four main antagonists (along with Captain Ahab, Long John Silver, and the dragon) in the 1994 animated fantasy adventure film The Pagemaster by 20th Century Fox. He is based on the monster of the 1886 legendary book Strange Case of Dr. Jekyll and Mr. Hyde by the late Robert Louis Stevenson. He is along with his seemingly well-mannered, courteous, and polite human alter-ego inhabiting a large haunted manor in the depths of Horror World. He essentially appears as the main antagonist of the Horror arc and is also one of the fears Richard faces as a test from the Pagemaster himself.

Although he is one of the four main antagonists, his role is considerably shorter than that of Long John Silver and the dragon. Dr. Jekyll offers a drink to Richard Tyler, Adventure, Fantasy, and Horror. Horror asks for the olive that is in the drink, but he accidentally knocks the drink out of Adventure's hand. The drink then becomes poisonous and makes a hole on the floor in the mansion's living room. After his transformation from Dr. Jekyll into a scary green monster, Mr. Hyde attacks Richard and his three book friends, and he advances towards them in a frightening scene, wielding a hammer-like cane. Horror eventually climbed onto a chandelier, which broke off and fell, causing Mr. Hyde to fall into a hole, but he grabbed onto the chandelier's chain and attempted to drag it and Horror down with him. Fantasy rescues Horror in time and the group ran to safety away from the haunted manor, as Mr. Hyde presumably fell to his death. He later reappears in a magical twister and transforms back into Dr. Jekyll to congratulate Richard along with the other characters that he has encountered.

Mr. Hyde appears as the boss of the Horror World level in the film's videogame adaptation of the same name. 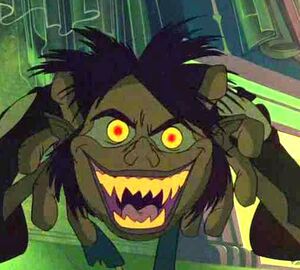 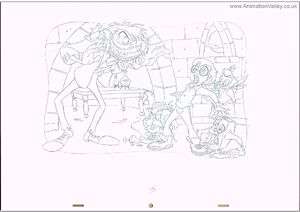 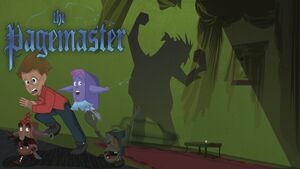 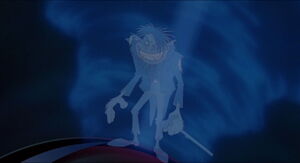 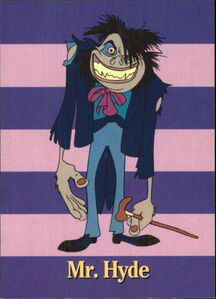 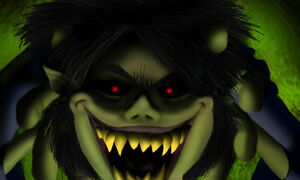 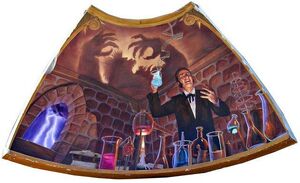