Member of the Lucky Clover

Mr. J aka the Crocodile Orphnoch, is the first of the Lucky Clover sent after Faiz and a villain in Kamen Rider 555.

A strong and untalkative black man who spoke perfect Japanese, Mr. J was usually seen with his pet chihuahua, Chaco. He possesses the ability to regenerate from attacks that would kill normal Orphnoch only twice.

After being killed by Kaixa's Xeno Clash twice, Mr. J was reluctant to continue his pursuit on Faiz until Murakami threatened him with being named a traitor and what would come of Chaco if he did not complete his mission.

Though Mr. J was finally killed by Faiz's Grand Impact, Chaco ended up in the care of Keiko Kurata.

The Crocodile Orphnoch is one of several Orphnochs who are playable in the Kamen Rider 555 video game. 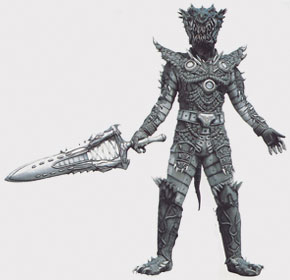 Crocodile Orphnoch
Add a photo to this gallery

Retrieved from "https://villains.fandom.com/wiki/Mr._J?oldid=3542877"
Community content is available under CC-BY-SA unless otherwise noted.