Defeat Mario and his friends (failed).

Mr. L is a major antagonist in the 2007 Nintendo Wii video game Super Paper Mario. He was the evil alter-ego of Luigi and serves as the boss of Chapter 4 and Chapter 6.

After Luigi was captured by Count Bleck at the beginning of the game, he was brainwashed by Nastasia and was told to defeat Mario and his friends once and for all. Taking the alias of Mr. L, he was acquired a robot that he called Brobot because he had a strong, brotherly bond with it.

He encounters the heroes twice in the story, first at the end of Chapter 4 in the Whoa Zone and later in Chapter 6 after the Sammer's Kingdom is destroyed by the Void to become the World of Nothing. After being defeated by the heroes twice, Dimentio kills Mr. L who then reappears as his normal self (Luigi) in The Underwhere. Luigi has soon reunited with Mario again and joins him to help his friends out.

He also technically serves as the final boss, as Dimentio brainwashes Luigi during the final battle, then fuses with him and the Chaos Heart, becoming Super Dimentio. However, Super Dimentio is defeated, which freed Luigi and returned him to normal again.

In Super Smash Bros. for Wii U, Mr. L can be obtained as a trophy. In Super Smash Bros. Ultimate, Mr. L can be obtained as a primary attack-type spirit whose ability makes the user take extra damage from water attacks. His spirit battle is against Luigi on the Ω form of the Luigi's Mansion stage covered in fog, favoring special moves and his Final Smash meter charges faster.

From different points of view, Mr. L can be seen as both an upgrade and downgrade of Luigi. Unlike Luigi, he was very brave, confident, and adventurous of himself. He also seemed to have a very smart attitude, seeing as he built Brobot all by himself. However, Mr. L was extremely cocky, sarcastic, and overconfident, resulting in an egotistical and pompous behavior with many flashy poses, and all of Luigi's kindness and humbleness is non-existent. He also used any positive attributes that he gained from being brainwashed for evil deeds, which the real Luigi would never do. 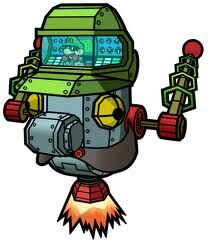 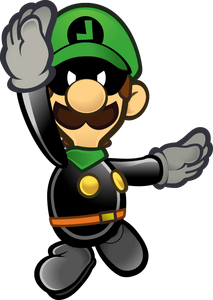 Mr. L in his signature pose. 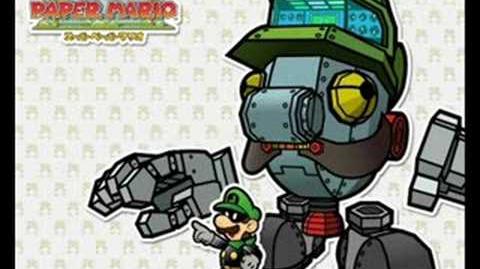 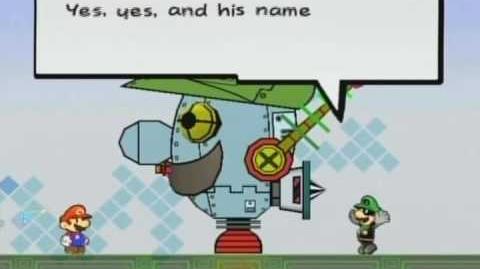 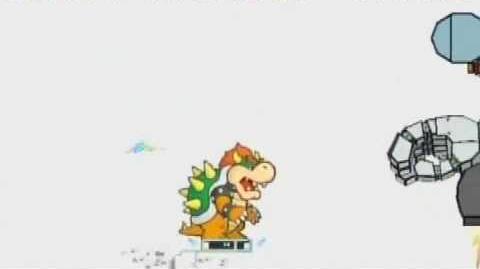