Mr. Luggs is one of the Portrait Ghosts released by King Boo in Luigi's Mansion. Mr. Luggs is a glutton ghost that died after eating himself to death. He is found in Area 2 after defeating Melody Pianissima.

Luigi finds Mr. Luggs in the Dinning Room. The room is empty and only Mr. Luggs' sounds are heard until Luigi lights the unlit candles. Mr. Luggs becomes visible and is seen constantly eating and being served by two ghost waitress. Luigi vacuums them so they don't bring any more food to Mr. Luggs. Once Luigi vacuums Mr. Luggs' meal, he becomes enraged and attacks Luigi spitting fire balls at him. In order to defeat Mr. Luggs, Luigi must wait until he passes out and becomes vulnerable, allowing Luigi to capture him. 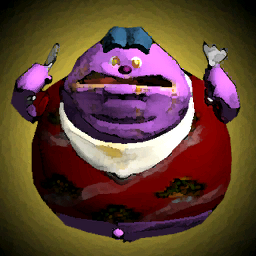 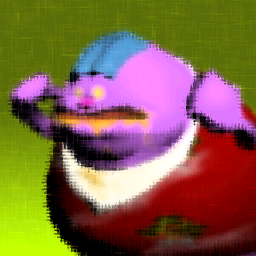 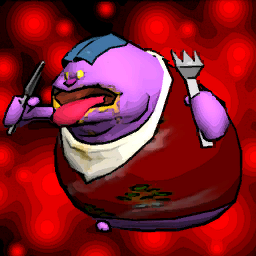 Retrieved from "https://villains.fandom.com/wiki/Mr._Luggs?oldid=3858672"
Community content is available under CC-BY-SA unless otherwise noted.