Owner of a canned vegetable factory

Killing anyone who encounters him.

Carry out his sadistic fantasies.

Mr. Quincy Magoo is a 1949 cartoon character created by UPA. In the original cartoons, he is a heroic old man with terrible vision and gets in hijinks and dilemmas due to his vision. However, in the 2012 Nostalgia Critic review of the panned 1997 live-action film, the Critic is so infuriated by how bad the movie is that he goes to confront Magoo himself. It turns out that Magoo is not really blind and is actually a sadistic psychopath who furiously beats and tortures the Critic when the latter encounters him.

He was voiced by Rob Walker.

At the end of reviewing the critically hated Mr. Magoo live-action movie and expressing his hatred for the original cartoon as well, the Nostalgia Critic declares that he's going to go bludgeon Magoo himself to death. Outside of the canned vegetable factory where Magoo works and as the credits roll, the viewers hear the conversation between him and the Critic. Magoo outwits the Critic and starts sadistically beating him with either the object the Critic brought, his cane, or something else. He reveals that he is not actually blind, but just pretending to be for the handicapped sticker in his car. He obsesses over the blood being split and admits to being a psychopath and crazy. He even reveals that he strangled an orphan girl because he thought she was "queen of the moon people". He then proceeds to ram a pitchfork up the Critic's anus before leaving. Through all of this, the actual fight and Magoo himself are not seen.

An animation of the fight was made by YouTube animator andrewkful, showing Critic arriving with a baseball bat and being what Magoo used to beat him.

Mr. Magoo acts like a senile old man, but is really a sadistic, violent and mentally ill individual who seems to only act if he feels like it, and the rest of the time lounges around doing nothing. He loves violence and declares blood to be "delicious" and "yummy", possibly implying drinking blood or cannibalism. 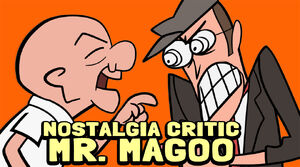 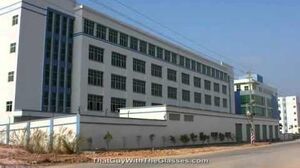 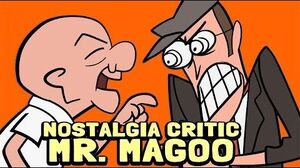 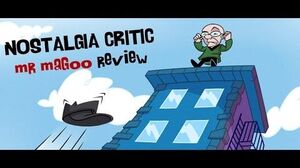 Retrieved from "https://villains.fandom.com/wiki/Mr._Magoo_(TGWTG)?oldid=4089916"
Community content is available under CC-BY-SA unless otherwise noted.