Owner of his own fix-it shop called "Olson's"

Distrusting those who are not fit for looking after his shop.
Repairing and cleaning antique items for his customers.
Watching over his medieval-themed pinball machine closely.

Mr. Olson is a mysterious old man who is the owner of a fix-it store called "Olson's" at a shopping mall and a minor character in the episode "The Tale of the Pinball Wizard" of the horror/fantasy-themed anthology TV series Are You Afraid of the Dark?.

He was portrayed by A.J. Henderson.

He ends up trapping the young loner Ross Campbell inside the enchanted medieval-themed pinball machine (which Mr. Olson claimed to be a collector's item) as punishment for breaking his trust, a fate shared by an unknown number of people formerly hired by Mr. Olson including Ross' predecessor Steven. How he is able to do this upon people who broke his trust is completely unexplained.

Some possible theories could be that, either he is a secretly a spellcaster (a wizard or a warlock) or a slightly magical person who creates pinball machines as evil containment units and decides who to put into them. 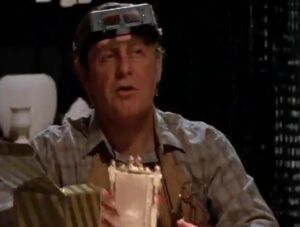 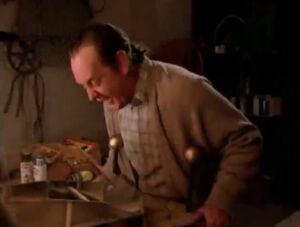 Olson
Add a photo to this gallery
Retrieved from "https://villains.fandom.com/wiki/Mr._Olson?oldid=3780222"
Community content is available under CC-BY-SA unless otherwise noted.